LAS VEGAS (AP) — A battle of billionaires is brewing on the Las Vegas Strip, with casino mogul Steve Wynn's ex-wife alleging boardroom recklessness as she asks a court to give her control of company stock that she left in his hands five years ago. Elaine Wynn filed court documents Monday seeking... 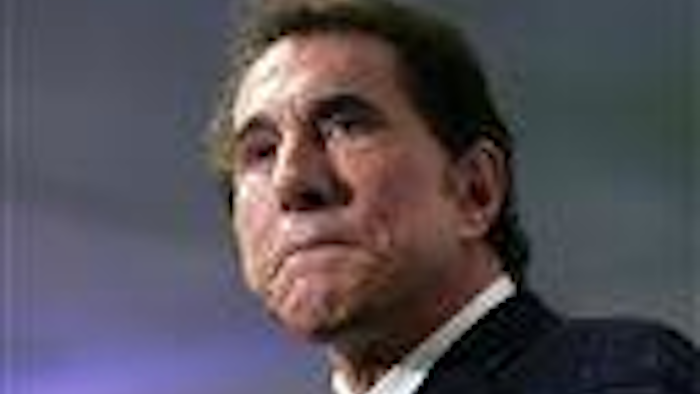 LAS VEGAS (AP) — A battle of billionaires is brewing on the Las Vegas Strip, with casino mogul Steve Wynn's ex-wife alleging boardroom recklessness as she asks a court to give her control of company stock that she left in his hands five years ago.

Elaine Wynn filed court documents Monday seeking access to more than $900 million worth of stock and providing an inside glimpse at her ex-husband's dealings with Kazuo Okada, a former business partner with whom Wynn Resorts Ltd. has waged a legal battle since 2012.

The documents fault Steve Wynn for fostering a "tone at the top" that has punished Elaine Waynn since their divorce for making inquiries as a top stockholder and board member before her ouster last year.

"He has engaged in reckless, risk-taking behavior, leaving himself vulnerable to allegations of serious wrongdoing," the filing said.

Steve Wynn responded with a statement deriding the 68-page court filing as "unbecoming of a longtime director, significant shareholder and mother." He called it the product of a "disappointed ex-wife" seeking to tarnish his reputation and that of the publicly traded company.

"This lawsuit is filled with lies and distortions and is an embarrassment to Ms. Wynn and her counsel," the statement said. "This is simply an attempt to inflict personal pain on Mr. Wynn."

In the court document, Elaine Wynn said she agreed in January 2010 to let Steve Wynn control her nearly 10 percent holdings of Wynn Resorts stock "to help her partner of 41 years and the father of her children" protect Wynn Resorts and their mutual interests from Okada and his company, Aruze USA Inc.

The shareholder agreement is no longer needed, she said, because Wynn Resorts redeemed Aruze shares in February 2012 for some $1.9 billion.

The filing says Elaine Wynn, 73, fought last year to stay on the Wynn Resorts board and protect her nearly 10 percent shareholder interest. Steve Wynn's shareholdings are almost 12 percent, according to reports.

"As is now clear, Mr. Wynn is misusing the ... stockholders agreement to exert full and perpetual control over his former wife's life and legacy," the lawsuit said.

Steve Wynn countered that Elaine Wynn never raised her concerns during dozens of board meetings she attended over six years, or during a proxy fight last year trying to regain her board seat.

An explosion occurred just after midnight Thursday, when 40 people were working.
Apr 9th, 2021
Follow Us
Most Recent