Valeant may restate earnings after second look at Philidor

Valeant Pharmaceuticals shares are rising Tuesday after the beleaguered drug company said it will delay the filing of its annual report with regulators while it sorts out its former relationship with the drug distributor Philidor. Valeant said it expects to lower reported 2014 earnings by about... 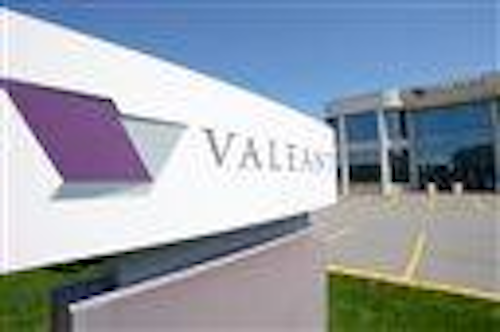 Valeant Pharmaceuticals shares are rising Tuesday after the beleaguered drug company said it will delay the filing of its annual report with regulators while it sorts out its former relationship with the drug distributor Philidor.

Valeant said it expects to lower reported 2014 earnings by about 10 cents per share and raise 2015 earnings by about 9 cents because about $58 million in sales to Philidor were improperly recognized. The Canadian company said the sales should have been recognized when patients received the product, not when it was delivered to Philidor.

Interim CEO Howard Schiller said in a statement from the company that the filing delay was "very disappointing but necessary."

"The last few months have been challenging on many levels," said Schiller, who took over in January when company leader J. Michael Pearson went on medical leave. "We have made mistakes in the past and our focus today is on executing our business plan and rebuilding trust."

Valeant also has taken heat for price hikes it has made on drugs it acquires, and Schiller testified earlier this month before Congress about the company's business practices. Schiller told a House committee that he froze all of Valeant's price increases when he took over in January, and he said his company will focus on more modest price increases in the future.

Valeant Pharmaceuticals International Inc. will host a Feb. 29 conference call to discuss its fourth quarter and provide a business update.

The company's stock was up 69 cents to $76.61 in premarket trading about 46 minutes before markets opened Tuesday.