The number of new investment projects in the North Sea has collapsed amid a fall in oil prices, underscoring fears for the future of the basin and the jobs it creates. 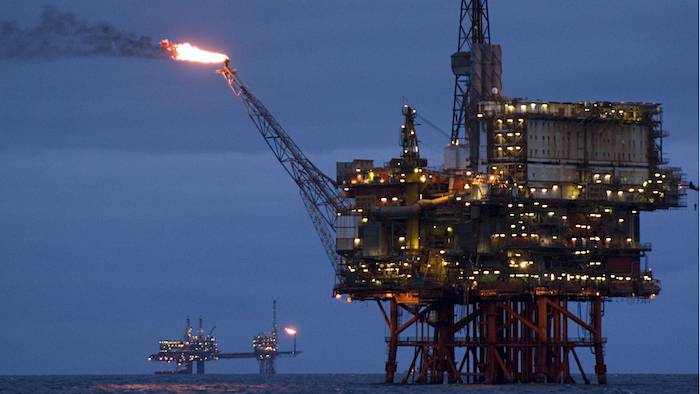 LONDON (AP) — The number of new investment projects in the North Sea has collapsed amid a fall in oil prices, underscoring fears for the future of the basin and the jobs it creates.

Oil & Gas UK, an industry association, said in its annual survey Tuesday that some 1 billion pounds ($1.4 billion) was expected for new projects, compared to the typical 8 billion pounds annually. It argued that the long-term future of the industry is at risk and that the government should reduce taxes "to minimize the loss of capacity in the downturn."

"We are truly trying to fight for our survival," said Mike Tholen, the economics director for Oil & Gas UK.

That decline is being hastened by a collapse in oil prices, which have been falling for over a year. Brent crude, the benchmark for international oil, hit a 12-year low of $27.10 a barrel in January, having been above $100 a barrel in September 2014. It traded at $34.46 on Monday.

The number of oil rigs being de-commissioned — that is, taken out of service and dismantled — is accelerating. The group said the number of fields expected to cease production has risen by a fifth to over 100 between 2015 and 2020.

The trade body said that if oil remains at around $30 a barrel for the rest of 2016, nearly half of the U.K.'s offshore fields will likely be operating at a loss, "deterring further exploration and capital investment, and making additional cost improvement imperative."

With competition for investment cash fierce, Tholen argued that Britain needs to adapt the tax regime to make sure the industry can keep moving in the downturn. Tholen said thousands, if not tens of thousands, of jobs are at risk. Contractors and other suppliers rely on the industry, meaning that woes of the North Sea will be deeply felt across the country, not just in one region.

"A coherent approach by the industry, regulator and government will be critical to boost the industry's competitiveness and its investors' confidence," Michie said.