FRANKFURT, Germany (AP) — Car, truck and bus maker Daimler AG has given CEO Dieter Zetsche a three-year extension of his contract, a few days after the company reported record annual profits. Zetsche's contract would have run out at the end of this year but will now run through the end of 2019. ... 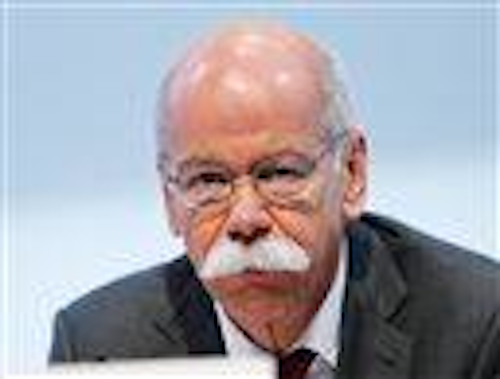 Zetsche's contract would have run out at the end of this year but will now run through the end of 2019.

The extension announced Tuesday was expected because board chairman Manfred Bischoff had already said last year that directors wanted to keep Zetsche on.

Zetsche, 62, combines the position of overall CEO with running the company's flagship Mercedes-Benz luxury car business, the main pillar of its profits.