General Electric topped Wall Street expectations for the fourth quarter and reaffirmed its target for 2016, but shares slipped before the opening bell as the company's industrial revenue declined. The industrial conglomerate on Friday reported earnings of 52 cents per share, excluding the... 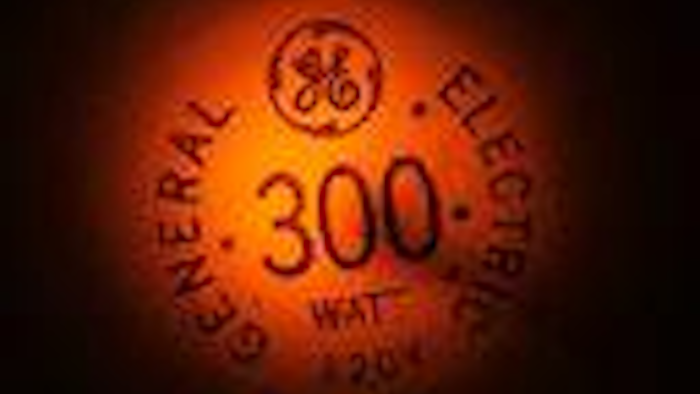 General Electric topped Wall Street expectations for the fourth quarter and reaffirmed its target for 2016, but shares slipped before the opening bell as the company's industrial revenue declined.

Wall Street had been looking for per-share earnings of 49 cents and revenue of $35.91 billion, according to a survey by FactSet.

Revenue from the company's industrial segment slipped 1 percent to $31.4 billion. General Electric has refocused on its industrial roots, making massive turbines and other complicated equipment, while selling off its operations in its financial wing as well as its appliance division.

It recently sold its appliance unit to China's Haier Group for $5.4 billion. It booked an additional $175 million in profits this quarter on a breakup fee after its attempt to sell the unit to Electrolux in Sweden fell through.

Chairman and CEO Jeff Immelt said in a printed statement from the company that GE "executed well in a slow-growth environment." He pointed out that orders in the fourth quarter grew 1 percent, not counting acquisition gains, and GE's backlog grew to $315 billion after an $11 billion deal in November to acquire the power and transmission division of French manufacturer Alstom.

"We believe in the strength of our business model and that there is enough growth out there to deliver in 2016," Immelt said.

The company built up its oil and gas drilling services operations in recent years through acquisitions, and investors applauded the moves when oil prices and consumption were rising. But an extended plunge has hurt the business and forced drillers to cut back on new exploration.

U.S. crude is trading for around $30 per barrel Friday. That's half the price that a barrel fetched in June and a third of what it cost in the previous summer.

Analysts expect earnings of $1.51 per share from the Fairfield, Connecticut, company.

GE announced earlier this month that is was moving its headquarters from Connecticut, where it has been for four decades, to Boston.

The move is expected to occur in stages that start this summer. It will be completed in 2018.

Shares of GE fell 20 cents to $28.39 more than an hour before markets opened Friday.

GE's stock had climbed 23 percent last year to close out 2015 at $31.15 before sliding along with the broader market so far this year.