This drone, unlike humans, can withstand high temperatures up to 1832 degrees Fahrenheit for at least a minute. 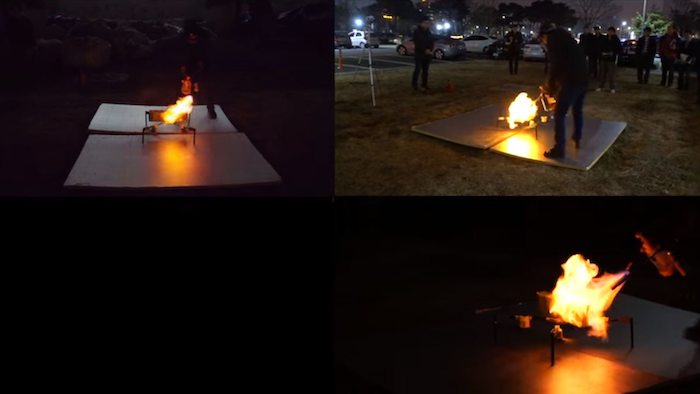 Drones are fearless. They go where humans can't. They purposely fly directly into dangerous areas, unbearable temperatures, you name it, and we (humans) hope they make it out alive. Take, for instance, this wall-crawling drone from the the Korea Advanced Institute of Science and Technology (KAIST). The drone was built specifically to search inside flaming buildings before firefighters even arrive at the scene to do their work. The drone, unlike humans, can withstand high temperatures up to 1832 degrees Fahrenheit for at least a minute.

Dubbed the Fireproof Aerial RObot System, or FAROS, the drone was designed specifically for fires inside hard to access and assess buildings, such as skyscrapers. Because the drone can actually climb walls, it can move around obstacles and stay out of serious, drone-wrecking danger. In addition to surviving fires, navigating smoke, and identifying the source of the fire, this wall-crawling drone could potentially save lives, as firefighters would know a bit more about what they're walking into.

Watch the fireproof drone in action below: