FRANKFURT, Germany (AP) — With many barriers to dealing with Iran suddenly lifted as part of a deal to curb its nuclear activities, some European companies are ready to seize business opportunities in a tempting market of 78.5 million people. At first glance, the allure is obvious — the... 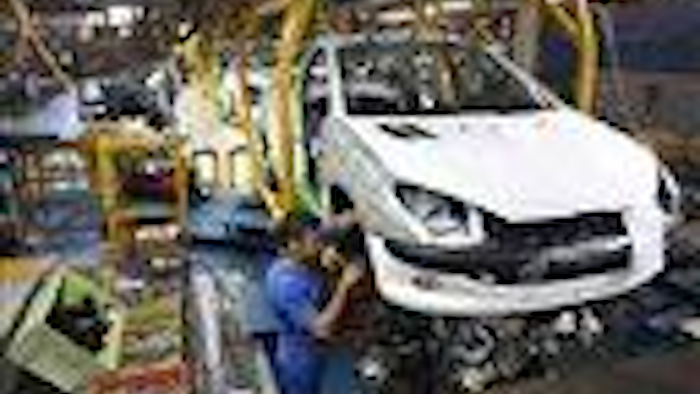 FRANKFURT, Germany (AP) — With many barriers to dealing with Iran suddenly lifted as part of a deal to curb its nuclear activities, some European companies are ready to seize business opportunities in a tempting market of 78.5 million people.

At first glance, the allure is obvious — the second-largest economy in the Middle East-North Africa region after Saudi Arabia; the second most populous country after Egypt; and with lots of infrastructure and vehicles way overdue for an upgrade after years of sanctions.

Once inspectors confirmed that Iran was taking steps to curb its nuclear program, the United States and European Union on Saturday dropped many of the economic sanctions that have been keeping foreign companies from doing business there.

But those that take the plunge face serious risks from the remaining sanctions relating to other issues, from geopolitical uncertainty and from red tape and corruption.

Here's a look at who might be interested — and the hazards they will face if they venture in.

WHO'S HOT TO GO IN

Auto manufacturing is one field where interest could be strong. Before sanctions, Iran was a major market for France's Peugeot. One of the first out of the blocks after the announcement was Daimler AG's truck division, which on Monday announced joint ventures with Iranian partners that will enable it to restart its business there — a presence that went back to 1953 before being interrupted by sanctions from 2010 to 2016. Daimler foresees joint production of trucks and engines and a marketing company; it plans to reopen its representative office in the first three months of this year.

Division head Wolfgang Bernhard said in a statement he saw "huge demand" for commercial vehicles in Iran, where the company's Mercedes-Benz brand is well-known.

The president of the Federation of German Industries, Ulrich Grillo, said that "Iran's need for making up lost ground in modernizing its industrial infrastructure is extraordinarily large," adding exports could double in five years from 2.4 billion euros ($2.6 billion) a year currently.

From their side, Iranian officials are touting the investment possibilities. Iran's transport minister told the official IRNA news agency on Saturday that his government had agreed to buy 114 new planes from the European consortium Airbus.

Airbus spokesman Stefan Schaffrath was more restrained, saying only that "we are studying our way forward in view of this new environment — in full compliance with all international laws."

Deutsche Bank, Germany's biggest, withdrew from Iran in 2007 and says that until further notice it isn't doing any business connected to Iran.

The company didn't go into the reasons, but it's hard to overlook the $258 million in penalties it agreed in November to pay to U.S. banking regulators for dealings with Iran and other countries in violation of earlier rounds of sanctions. More trouble with U.S. regulators is the last thing the bank wants.

There are further risks for financial companies. Although the lifting of the sanctions imposed over Iran's nuclear program means it is now possible to do financial transactions in and out of Iran and to offer bank accounts, other sanctions remain in place over Iran's human rights record and what the U.S. authorities say is its support for terrorism. Many of those sanctions bar financial dealings with dozens of specific individuals; any bank would have to be certain it was not dealing with one of them or a company controlled by one of them.

And the nuclear deal has a "snap-back" provision meaning sanctions could be quickly reimposed if Iran is found not to be complying — more uncertainty.

Thomas Schlueter, spokesman for the Association of German Banks, said members were "examining what is possible and what is not possible."

Although Iran is a big market, it has big problems. It ranked 119th out of 189 economies in the World Bank's ease-of-doing-business index, which measures obstacles posed by bureaucracy, slow public services and taxation. It finished 136th of 175 countries in the corruption perceptions index compiled by Transparency International.

Moreover, Iran is deeply involved in the violence convulsing the Middle East through its local supporters in Iraq and Syria, and tensions have risen sharply recently with regional rival Saudi Arabia. Disruption from conflict and politics is always a possibility.

Industrial companies must be wary of yet more sanctions that bar the import of dual-use goods that could be used to make nuclear weapons.

Germany's VDMA industrial machinery association warns that firms themselves will need to understand the complex rules, and not rely on government help. More than 100 participants have shown up for the association's information sessions on the end of the sanctions regime, it said.

American firms have to be much more cautious still. Deal or no deal, U.S. sanctions not related to the nuclear program will still be in place and those bar most American companies from doing business with Iran.

The deal drops so-called secondary sanctions, which were aimed at non-U.S. entitites. But primary sanctions barring involvement by U.S. individuals and companies in Iran predating the nuclear controversy largely remain intact, according to guidance from U.S. officials issued Saturday. That means U.S. companies are still broadly barred from doing business with Iran, with a few exceptions such as selling passenger aircraft and parts and importing rugs, pistachio nuts and caviar.

There is little doubt that some companies, from aviation to oil, are interested, if rules allow. But they could believe that the situation is still too foggy — that the next administration might reimpose sanctions. Even after implementation of the nuclear deal, the Obama administration announced new sanctions over Iran's ballistic missile program.

U.S. interests can sell food, medicine, farm products and some other goods to Iran, "but aside from these areas, the U.S. embargo is still fully intact," Richard Nephew, a former sanctions-policy official at the State Department and now at Columbia University, said in an email.

U.S. plane maker and Airbus rival Boeing Co. still faces hurdles. "There are many steps that need to be taken should we decide to sell airplanes to Iran's airlines. For now, we continue to assess the situation," said Boeing spokesman Marc Sklar.

In 2014, Boeing received a U.S. Treasury license to export to Iran spare parts needed to keep Iran's older Boeing planes safe. Iran's airlines have among the oldest fleets in the world at 23 to 27 years on average, according to the Centre for Aviation, an airline data and analysis firm based in Australia.

U.S. oil companies still face additional restrictions that make it unlikely they'll be working in Iran in the short term to help it exploit its oil and gas reserves. A spokesman for Exxon Mobil Corp., the biggest U.S. oil company, declined to comment. Chevron Corp. and ConocoPhillips did not immediately respond to inquiries.