The UAS industry is going to have a huge impact in Kansas, driven by precision agriculture. 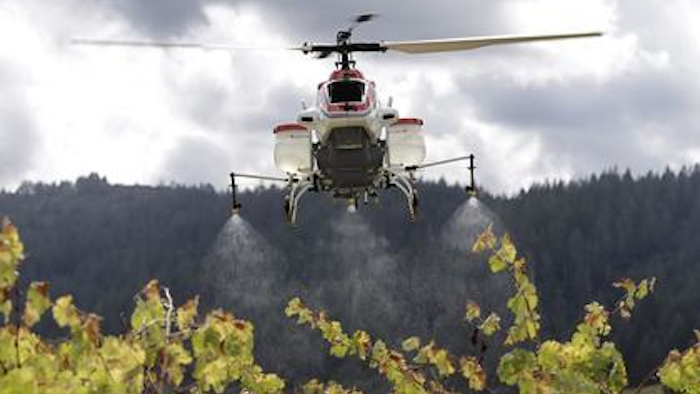 Kansas is trying to position itself as an industry leader in the emerging field of unmanned aerial systems, building on the framework already in place as an aviation manufacturing cluster and in its technology-driven agricultural sector.

Major Kansas universities are also doing cutting-edge research on drones and training the skilled workforce needed to support it.

On Thursday, industry and business leaders gathered in Wichita for a UAS summit that marked the culmination of a series of workshops this year on the use of the technology.

"Momentum is just going to drive us in that direction," said Joel Anderson, the development director at Kansas State University's research office. "We just need to get behind it — market and communicate it effectively so the rest of the world understand the true value that they get out of the state of Kansas."

The UAS industry is going to have a huge impact in Kansas, driven by precision agriculture which uses big data such as that used to pinpoint water needs within fields of crops, he said.

A 2013 study by the Association of Unmanned Vehicle Systems International estimated that about 80 percent of the potential commercial market for the drones is in precision agriculture. The drones are used for drought management, disease detection, watering and pesticide spraying.

Wichita, which touts itself as the air capital of the world, has a cluster of aircraft manufacturing plants and suppliers.

Kansas needs a comprehensive, holistic approach to understanding the value of the industry, he said.

"It is going to have a huge impact in Kansas," Anderson said.

That 2013 industry study estimated that by 2025 the drone industry could create as many as 3,716 direct and related jobs in Kansas.

Nick Onelio left a job as a medical sales representative in Chicago to move to Kansas for job as sales account executive for Wichita-based Blue Chip UAS. The company has six employees and partners with the New Zealand manufacturer of the machines.

"People are very hesitant right now," Onelio said. "Once they see the benefit, it is an easy sale."

Among that university research is a project to locate and identify invasive crop vests using drones. Another is working with the Bureau of Land Management to improve precision mapping. One project is evaluating the degree of training operators need when the drone is beyond the line of sight, while another project is using computer simulations to evaluate the severity of airborne collisions with manned aircraft.

Kansas State's Salina campus was the second university in the nation to offer a bachelor's degree in UAS in 2011. This fall the university added a second bachelor's degree in drone design and integration. The university, in partnership with Westar Energy, recently built one of the largest enclosed flight facilities for unmanned aircraft in the nation. Westar is interested in using the drone flight facility to train employees so the company can more efficiently inspect utility lines.