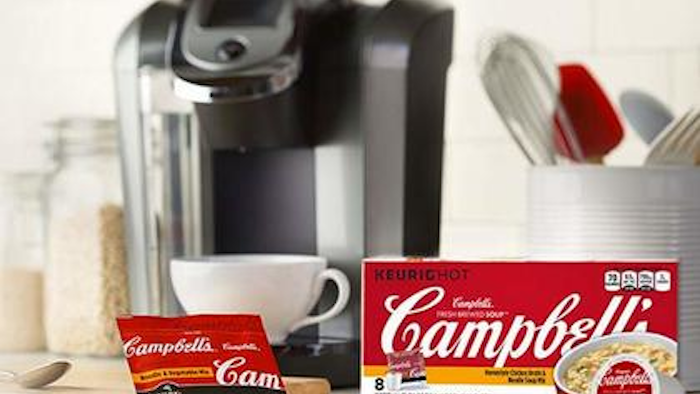 The announcement marks the first non-beverage K-Cups option from the maker of single-serve coffee machines as it aims to counter lagging sales.

"We are thrilled to offer consumers the ability to brew soup in their Keurig brewer, and the opportunity to use their brewer on more occasions throughout the day," Keurig's Mark Wood said in a statement.

Unlike the conventional Keurig brewing process — which makes coffee or tea at the press of a button — customers will empty a noodle packet into a cup, brew the soup K-Cup and let the mixture sit.

General Mills' Progresso soups previously debuted a pod system, but those products are not affiliated with Keurig Green Mountain. Keurig's latest brewer is only compatible with K-Cups, a step that drew legal challenges from competitors.

Keurig last month announced plans to cut more than 300 jobs — or 5 percent of its workforce — after sales declined by 26 percent in the second quarter.