SNL veteran Norm MacDonald will appear as the colonel in this series of online ads. 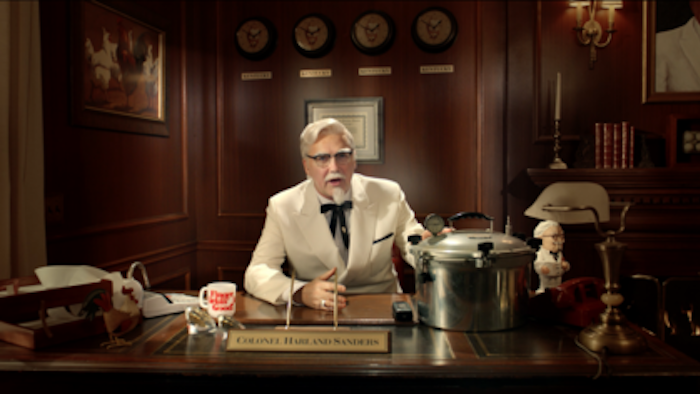 KFC, which earlier this year revived its late founder for TV and web ads, will add yet another promotion to Colonel Sanders’ repertoire.

The bit — a nod to President Franklin Roosevelt's Depression-era "Fireside Chats" — will feature the comedian discussing items such as kale and the National Football League.

KFC's sales remain relatively healthy in an increasingly difficult market for fast food chains, but the longtime fast food chicken leader is attempting to overtake Chick-fil-A, which assumed the top spot in 2012.