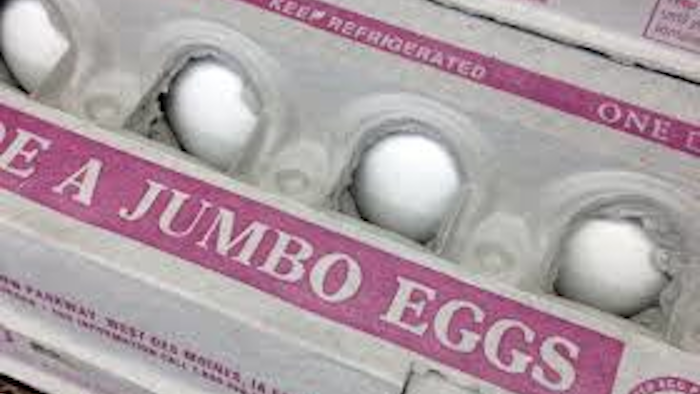 California's Proposition 2, passed in 2008, set new guidelines for agricultural animals, including requirements that hens be kept in cages large enough to allow standing up, laying down, turning around and spreading their wings. The standard took effect at the beginning of the year.

State lawmakers later amended the law to extend those requirements to poultry farms that ship eggs into California, which drew a federal lawsuit from Missouri, Alabama, Kentucky, Iowa, Nebraska and Oklahoma. Attorneys for those states argued the law was protectionist, improperly interfered with interstate commerce and could cost egg farmers in their states hundreds of millions.

A district judge in Sacramento, however, never considered those arguments. Judge Kimberly Mueller instead found the states only represented egg producers and therefore did not have grounds to sue on behalf of their residents.

The appeal, filed with the Ninth Circuit Court of Appeals in San Francisco, countered that the six states had demonstrated sufficient consequences to "the economic well-being of our people."

"The Supreme Court has long recognized that a State’s interests in the health and well-being of its residents extend beyond mere physical interests to economic and commercial interests," wrote Missouri deputy general counsel J. Andrew Hirth.

Hirth's appeal also argued studies have not demonstrated any relationship between cage size and incidences of disease or increased animal stress levels. Prop 2 proponents argued the standards would create more humane farm conditions and decrease the spread of diseases.

An attorney for the Humane Society of the United States, however, expressed confidence last fall that the law would withstand court challenges. He noted three lawsuits by California egg producers had yet to impact the new standards.

Estimates showed the six states challenging California's requirements sold about 2 billion eggs in California, about half of the out-of-state eggs in California's overall market of 9 billion. Since the new law took effect, meanwhile, reports indicated egg prices in the Golden State have nearly doubled.

For more on the ban, check out "CA Ban On Inhumane Farm Animal Cages Upheld."