In a Galaxy Not So Far Away, There's 'Star Wars' Themed Mac and Cheese

Let's be honest with ourselves: food tastes so much better when it is shaped like our favorite TV and movie characters. Now, Kraft Foods is taking your favorite galactic warriors from the "Star Wars" series and turning them into Macaroni and Cheese. 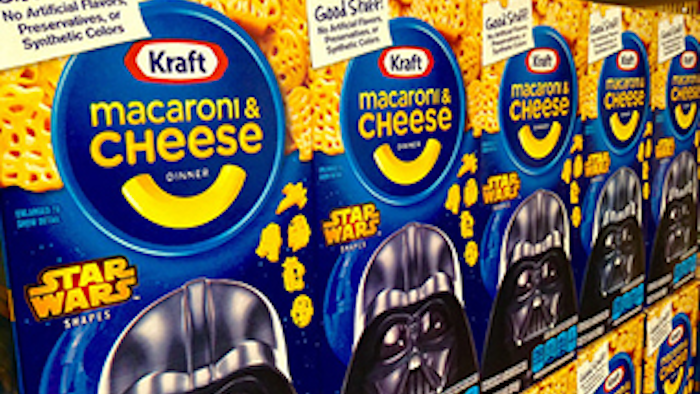 Let's be honest with ourselves: food tastes so much better when it is shaped like our favorite TV and movie characters. I don't care if you are 7 or 70, that Scooby-Doo fruit snack is so much more fun to eat than an apple-shaped one is, for example.

With listeria and avian influenza shaking up the food industry these days, you may have missed the release of something good. No, something awesome. And let's face it, in a world where there seems to be tragic events happening on a daily basis, we could use a little excitement.

Don't worry if the force wasn't with you last Monday on Star Wars Day (celebrated on May 4 as "May the 4th Be With You"), because now Kraft Foods is taking your favorite galactic warriors from the famous film series and turning them into Macaroni and Cheese.

The newly-shaped Mac and Cheese is in celebration of the new Star Wars film, "Star Wars: Episode 7 — The Force Awakens," that is coming out later this year. The characters will include R2D2, C-3PO, Yoda and Darth Vadar.