MAPI: Manufacturing Rebound Is On Track

The U.S. manufacturing recovery continues on track and should outperform overall GDP growth through 2013, according to the Manufacturers Alliance for Productivity and Innovation (MAPI) U.S. Industrial Outlook (E0-103), a quarterly report that analyzes 27 major industries. 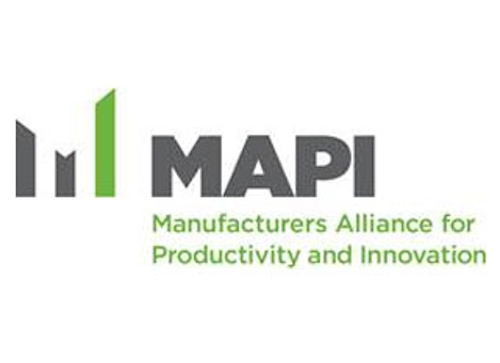 The U.S. manufacturing recovery continues on track and should outperform overall GDP growth through 2013, according to the Manufacturers Alliance for Productivity and Innovation (MAPI) U.S. Industrial Outlook (E0-103), a quarterly report that analyzes 27 major industries.

“There exists pent-up demand for consumer durable goods, particularly for motor vehicles, and firms are profitable and need to spend more for both traditional and high-tech business equipment,” said Daniel J. Meckstroth, Ph.D., MAPI Chief Economist and author of the analysis. “In addition, strong—though decelerating—growth in emerging economies is still driving U.S. exports.”

Despite the fact that the global economy remains volatile, Meckstroth said the risk of recession for the U.S. has receded in the last three months.

The report offers economic forecasts for 24 of the 27 industries. MAPI anticipates that 20 of the 24 industries will show gains in 2012, led by housing starts with 22 percent growth, albeit from severely depressed levels in 2011. Two industries will remain flat. Four will decline, with public construction faring the worst with a decline of 5 percent. Broad-based advances should occur in 2013 with growth likely in 23 of 24 industries, led by housing starts at 34 percent. Public works construction is the lone industry expected to decline in 2013, by 2 percent.

According to the report, non-high-tech manufacturing production (which accounts for 90 percent of the total) is anticipated to increase 3 percent in both 2012 and in 2013. High-tech industrial production (computers and electronic products) is projected to expand by 4 percent in 2012 and show 9 percent growth in 2013.

Eighteen of the 27 industries MAPI monitors had inflation-adjusted new orders or production above the level of one year ago (two fewer than reported in MAPI’s December 2011 report), eight declined, and one was flat. Engine, turbine, and power transmission equipment grew by 35 percent in the three months ending January 2012 compared to the same period one year earlier, while housing starts improved by 22 percent in the same time frame.

The largest drop came in public construction and heating, ventilation, air conditioning, and refrigeration equipment, each declining by 6 percent.

The Manufacturers Alliance for Productivity and Innovation (MAPI), founded in 1933, contributes to the competitiveness of U.S. manufacturing by providing economic research, professional development, and an independent, expert source of manufacturing information. Website: www.mapi.net.