Prepare For Disaster (And Keep Downtime To A Minimum)

Any number of events can risk a manufacturer’s business continuity, including data corruption, system failure, loss of a datacenter or facility and human error. Here are several things manufacturers can do on the disaster preparedness front that can keep downtime to a minimum should the unexpected occur: 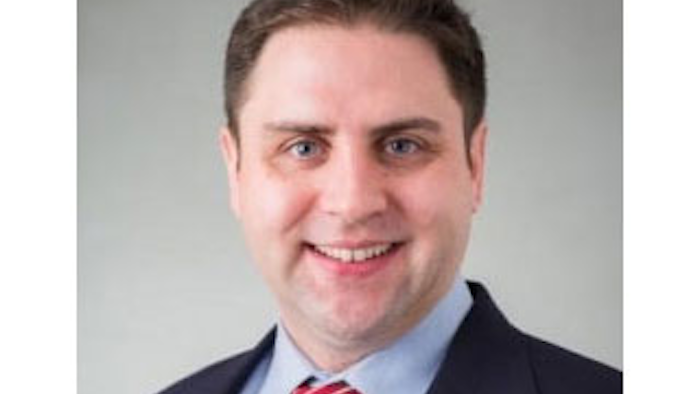 Disasters come in many sizes and shapes and are often unexpected, which is why manufacturers must prepare for them, treating disaster recovery plans almost as an insurance policy. And they dohappen, often at the most inconvenient times. By one count, their numbers have climbed 233 percent since 1980.

Any number of events, though, can risk a manufacturer’s business continuity, including data corruption, system failure, loss of a datacenter or facility and human error. Here are several things manufacturers can do on the disaster preparedness front that can keep downtime to a minimum should the unexpected occur:

Lesson 1: Learn from Hurricane Sandy, the Japanese tsunami and other recent catastrophes and better prepare for your own potential emergency situations.

Too often, the attitudes of manufacturing and IT leaders are all too familiar. “We don’t have the time to worry about that.” Or, “We don’t have the budget right now to devote to something that might never happen.” Or, “We won’t suffer that much if we’re down two, four or eight hours or even longer.”

They forget that the financial losses of downtime during a disaster can prove high. Aberdeen Group estimates that just an hour of datacenter downtime cost $161,000 per hour in 2012, up 19 percent from 2011. This doesn’t even consider the financial effects of the loss of reputation and future lost business, which can be even costlier.

Manufacturers should ask themselves a lot of “Do I know” and “What if” questions to really grasp how well they’re prepared for a disaster. One question to answer: “Do I have a secondary infrastructure if the primary one goes down?” Another: “What if I don’t test my preparedness system by using a specific disaster scenario?”

Lesson 2: Manufacturers, in particular, should see if their suppliers upstream and downstream could continue to supply them should a disaster strike and, if the suppliers can’t, the manufacturers must tell them to remedy the situation or seek an alternative source.

The Japanese tsunami triggered a supply shortage for Toyota and other automakers, as well as nonauto manufacturers, because they hadn’t identified alternative suppliers that could source parts and materials essential to keep producing their cars and goods should this type of tragedy occur. As a result, they had to delay or stop production.

If you’re a final assembler, you may have a great preparedness plan, but you have to know the situation along your supply chain and for your key vendors.

Treat supplier preparedness as you treat quality. Manufacturers work with suppliers to meet ISO9000 and other high-quality standards, and they must do the same for preparing for a disaster. Review suppliers’ plans, define key metrics and recovery time objectives and determine if they’re good enough to meet your needs. This is especially critical if you use a just-in-time inventory system. So if you have just one day of inventory for a part and you find a supplier can’t refill your supply for a week, you have to work with that supplier to devise a better plan.

Lesson 3: Manufacturers’ disaster preparedness plans often fail for three simple reasons: The environment changes so the plan isn’t relevant any longer; the procedures aren’t up to date; and you don’t have the right skills or training.

All too often, manufacturers figure they’ll be covered by insurance to withstand customary downtimes, so if they have a disaster preparedness plan, they don’t update or test it often (SunGard Availability Services recommends testing twice a year). If they can’t do that, they should consider partnering with a vendor, such as SunGard Availability Services, with managed disaster preparedness services that can continually handle the day-to-day maintenance, testing and other functions.

Lesson 4: Manufacturers can’t forget to consider people and processes as they develop a workable disaster-preparedness program.

Hurricane Sandy woke up many enterprises, including manufacturers, to the realities that the region they call home – such as Manhattan or Staten Island, for example – can suddenly be isolated from other vital boroughs and nearby states. They may have had an excellent disaster recovery plan with strong processes in place, but if their recovery center was in, say, New Jersey, their Manhattan employees couldn’t get there and that planning goes for naught.

Manufacturers must think about teaming with a vendor who will keep them up and running without interruption. They must determine how they will get such disaster preparedness necessities as back-up generators, batteries, multiple power feeds and the like to keep running on their own. At SunGard Availability Service’s’ Carlstadt, N.J., facility, officials had even arranged for a gas tanker to be at the ready to fill up employees’ vehicles.

For manufacturers, developing a disaster-preparedness plan, putting it into effect and monitoring it isn’t as hard as it might seem. Create your plan, make it realistic so it can be executed and practice it in a simulated “real life” exercise. Don’t forget your supply chain – and ask a lot of “What if” and “Do I know” questions to obtain the answers you need to hear.