Developer Richard Green had nearly everything in place to build upscale homes on the heavily polluted land next to an old electronic components plant in the mountains outside Asheville. But two years ago, the EPA named the 9 acres beneath and immediately around the former CTS Corp. factory among the nation's worst abandoned hazardous waste sites. 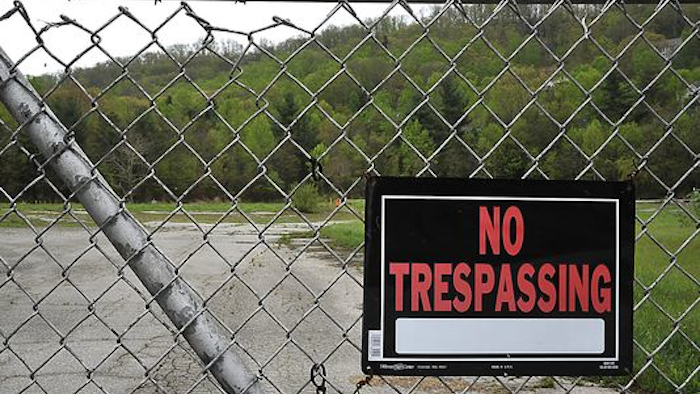 ASHEVILLE, N.C. — Developer Richard Green had nearly everything in place to build upscale homes on the heavily polluted land next to an old electronic components plant in the mountains outside Asheville. All he needed was a permit.

So when the local board of adjustment asked whether the site had hazardous materials, Green said there was only a slight level of the cancer-causing industrial solvent trichloroethylene, or TCE, below the factory. He then said he had a letter from state environmental regulators saying they were OK with the construction plans. They say they weren't.

Another developer, Stanley Greenberg, told the board that federal environmental regulators also had given a green light to build. They say they hadn't.

By the time of that August 1997 meeting, Greenberg and the partners had known about the contamination at the plant for a decade and were preparing to sell much of the land to Green for development of a project called Southside Village, according to an Associated Press review of documents that reveal how a subdivision came to be built next door to what is now a Superfund site.

Two years ago, the EPA named the 9 acres beneath and immediately around the former CTS Corp. factory among the nation's worst abandoned hazardous waste sites.

"Who's going to buy property ... next to a Superfund site?" said Judy Selz, who did purchase 3 acres in Southside Village in 2006 — six years before the Superfund designation — and is one of dozens of land and homeowners worried now about whether it's safe to live there.

The nightmare scenario for Southside Village residents is already playing out for about a dozen residents of Skyland, a neighborhood of older homes on the other side of the old plant. This summer, the EPA urged three families to abandon their homes, citing unsafe levels of TCE. The agency declared it safe enough for them to return in mid-November after contractors set up a vacuum-like device to catch chemical vapors rising from a spring.

Regulators with the Environmental Protection Agency and the North Carolina Department of Environment and Natural Resources recently told the AP they had no idea about the planned development when Green and Greenberg were seeking the county board's permission to build. Both agencies said the extensive archival searches they conducted in response to the AP's public records requests turned up no documents supporting Green's and Greenberg's claims about having letters from regulators promising not to intervene on the property that would become Southside Village.

The Buncombe County Board of Adjustment approved the project without asking to see any documentation verifying those claims, according to the minutes of that meeting and interviews.

Paperwork for Greenberg's 1987 purchase of the property included a report documenting elevated levels of TCE and other contaminants in the ground. And a follow-up study in 1991 found TCE and other chemicals in a stream in an area that is now part of Southside Village, according to the AP's review.

Reached twice by phone earlier this year, Greenberg declined to comment, as did executives at CTS, based in Elkhart, Indiana.

According to the minutes of the 1997 meeting, Greenberg told the board the EPA had issued a "no action" letter for the CTS property, meaning the agency didn't plan any enforcement against its owners. But the EPA had a policy dating to 1984 of forbidding such letters, precisely because they could interfere with later enforcement.

In an email to the AP on Tuesday, Greenberg's attorney, Philip Anderson, didn't dispute the details contained in the meeting minutes. He said that the federal agency recommended "no further action status" after the 1991 environmental study. The study itself, however, and related documents show only that the EPA granted the site "no further remedial action" status, which would have meant merely that there were no immediate plans for additional cleanup — not that the site was no longer contaminated.

For his part, Green told the board he had a no action letter from state environmental regulators. The Department of Environment and Natural Resources not only found no such letter in its archives, but in fact found memos denying Greenberg's request for just such a letter, on the grounds that the property was still contaminated.

Answering the door at his luxury home high near Asheville, Green — who now has another company that builds homes it bills as environmentally friendly — declined to comment when confronted with the details of the board meeting and the development that sprang from it, including why his company never disclosed the contamination to prospective homebuyers in Southside Village.

"What do you want me to say?" he asked, before stepping back inside.

The CTS plant manufactured electronic parts for cars and hearing aids; workers had handled toxic chemicals, including TCE. Exposure to high levels of the cleaning solvent can cause liver and lung damage and even death, according to the Agency for Toxic Substances & Disease Registry.

The EPA says a complete cleanup of the CTS site won't begin until 2016 — 30 years after the company closed its factory.

"I wish it went faster," agency spokeswoman Samantha Urquhart-Foster said, "but it's a slow process."