The agency says the mines violated a settlement meant to prevent pollution. 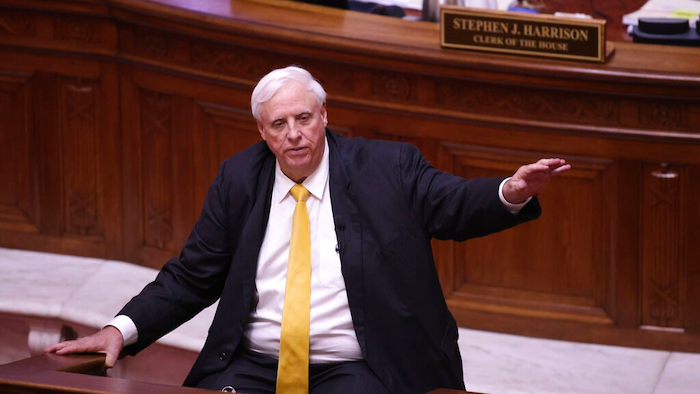 West Virginia Governor Jim Justice speaks during the State of the State Address in the House Chambers of the West Virginia State Capitol Building in Charleston, W.Va., on Wednesday, Feb. 10, 2021.
AP Photo/Chris Jackson

Attorneys with the Justice Department filed a motion in U.S. District Court in Virginia on Thursday asking a judge to order the Republican governor's companies to pay the fine and complete remediation work at mine sites.

The U.S. and several states settled and signed a consent decree with the companies in late 2016 to resolve allegations of Clean Water Act violations from Justice-owned mines in Alabama, Kentucky, Tennessee, Virginia and West Virginia. The Environmental Protection Agency had said Southern Coal didn’t submit complete and timely discharge monitoring reports, made unauthorized discharges and wouldn’t respond to the EPA’s requests for information.

Since then, the Justice Department said in its new filing, the defendants have “a long history of (Clean Water Act) violations and non-compliance with the requirements” of the 2016 agreement.

The companies have paid $2.9 million in penalties to date, according to the new court filing. But the complaint said defendants have not paid nearly $3.2 million in separate fines levied in September 2020 over the failure to submit timely permit applications that led to unpermitted discharges at mine sites in Tennessee and Alabama.

The defendants named in the new filing are Southern Coal Corporation, Premium Coal Company Inc., and Justice Coal of Alabama. A lead attorney for the companies and the governor's office did not immediately respond to emails seeking comment.

Upon taking office in 2017, Justice said his children would run his business empire, but he stopped short of forming a blind trust, saying it was too complicated. Justice has enterprises in hospitality, coal mining and agriculture, many of which have become mired in lawsuits.