Authorities said 17 people were trapped in the mine; one was taken to a hospital. 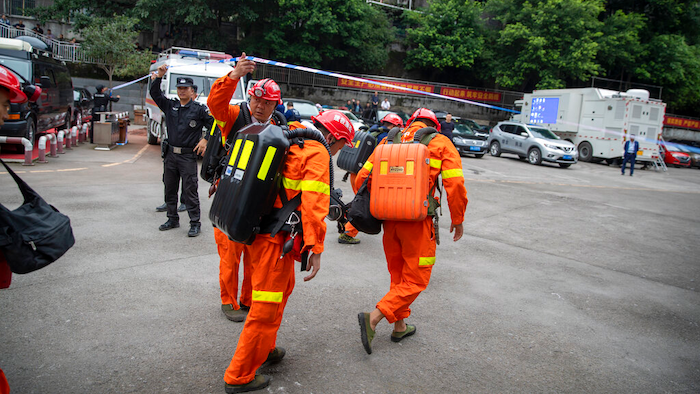 Rescuers arrive at a coal mine in southwest China's Chongqing Municipality.
Associated Press

BEIJING (AP) — Sixteen people died Sunday in a coal mine in southwestern China because of excessively high levels of carbon monoxide, authorities and state media said.

A total of 17 people were trapped in the mine, the Chongqing municipal government said on its social media account. One person was taken to a hospital, and the others showed no signs of life, the post said.

The official Xinhua News Agency said that burning belts had caused the high level of carbon monoxide. It did not explain what the belts were.

The mine in Qijiang district belongs to a local energy company, Xinhua said, citing the district government. An investigation was underway.