The state is preparing to add more renewable energy to the mix. 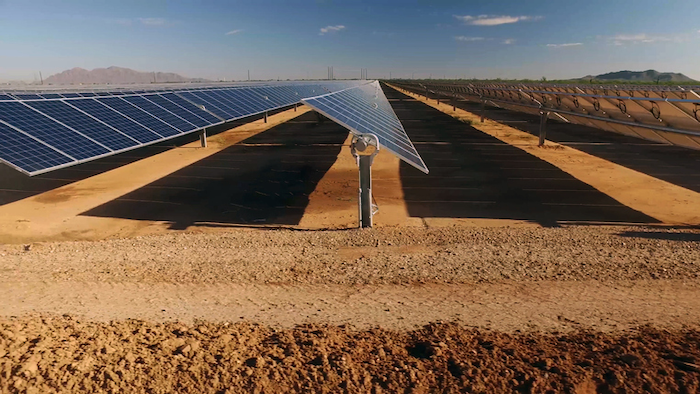 ALBUQUERQUE, N.M. (AP) — New Mexico’s largest electric utility and one of the nation's premiere federal research laboratories will team up on a series of projects aimed at making the electric grid more resilient as the state prepares to add more renewable energy to the mix, officials said Monday.

The research and development partnership between Sandia National Laboratories and Public Service Co. of New Mexico is designed to address energy challenges not just in New Mexico but across the U.S., said lab director James Peery.

“This agreement provides a pathway for Sandia’s advanced technologies to be put to the test in a real-world system, while advancing the goals of electric power system resiliency and safety that are critical to national security,” he said in a statement.

As New Mexico and other states mandate that more electricity come from solar, wind and other renewable sources, utilities and regulators have acknowledged that demand can outpace supply when the sun isn't shining or the wind isn't blowing. The New Mexico utility earlier this summer asked customers to reduce their electricity use, saying cloud cover was affecting solar generation as a heat wave threatened to increase demand.

Battery storage is one option for ensuring the reliability of the grid and will be among the systems that Sandia and PNM will be working on. Researchers also will be looking at how artificial intelligence and new sensor technology can bolster the grid.

The federal-funded initiative aligns with a $40 million campaign already underway at Sandia that focuses on resilient energy systems.

For PNM, the partnership will help the utility reach its goal of being 100% emissions-free by 2040 — five years ahead of the statewide deadline that is outlined in New Mexico's Energy Transition Act. Utility officials have acknowledged that making the transition away from coal and natural gas will require bridging a technological gap.

Over the next five years, Sandia and PNM will identify the tools needed for assessing current and future energy storage technologies that can sustain a nearly statewide grid. They'll be using computer modeling and simulations for the work. They'll also be exploring thermal storage and other options that can be used over short periods of time or even entire seasons to make sure delivery of electricity to customers is consistent.

Another project under the partnership will involve testing threats to the electric system, such as a cyber attack.