The mine shut down briefly in October when the dispute over sovereignty first emerged. 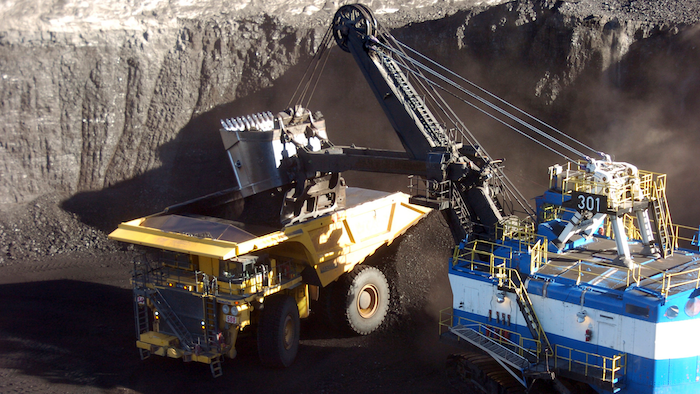 In this Nov. 15, 2016, file photo, a mechanized shovel loads coal from an 80-feet thick seam at the Spring Creek mine near Decker, Mont.
Associated Press

BILLINGS, Mont. (AP) — Montana regulators have reached a deal allowing the state to enforce environmental laws at a large coal mine bought by a Navajo-owned company, officials said Thursday.

For months, executives from the Navajo Transitional Energy Company and state officials had been unable to resolve demands the company waive its immunity as a tribal entity from future lawsuits.

The mine shut down briefly in October when the dispute over sovereignty first emerged. Thursday's agreement came a day before a temporary waiver agreement was set to expire.

The Navajo company bought the 275-worker Spring Creek strip mine along the Wyoming border and two mines in Wyoming last year from bankrupt Cloud Peak Energy.

Spring Creek is Montana's largest coal mine. It produced almost 14 million tons of the fuel in 2018, ranking it the eighth largest mine in the U.S. in terms of coal production.

The ability to take a company to court over environmental violations is a key enforcement tool for mining industry regulators. But as a sovereign tribal entity, the Navajo-owned company couldn't normally be sued in state court.

CEO Clark Moseley said in a statement that the company was “extremely pleased to have the final limited waiver in place."

The agreement does not change the company's status as a “contract operator” of Spring Creek under the mine's existing permit held by Cloud Peak. Before the permit can be transferred, the Navajo Transitional Energy Company must acquire bonds sufficient to cover an estimated $110 million in future reclamation costs.

In a separate action, the Montana Department of Environmental Quality also on Thursday gave preliminary approval to a 977-acre expansion of Spring Creek.

The expansion includes about 72 million tons (65 million metric tons) of coal and would extend the life of the mine by about four years, to approximately 2031. Final approval is pending.

The Navajo Transitional Energy Corporation in February reached a deal with Wyoming regulators that waived immunity for the Antelope and Cordero Rojo mines.