The Trump administration is gutting Obama-era regulations opposed by the coal industry, but the strategy isn't likely to have much effect on U.S. energy independence. 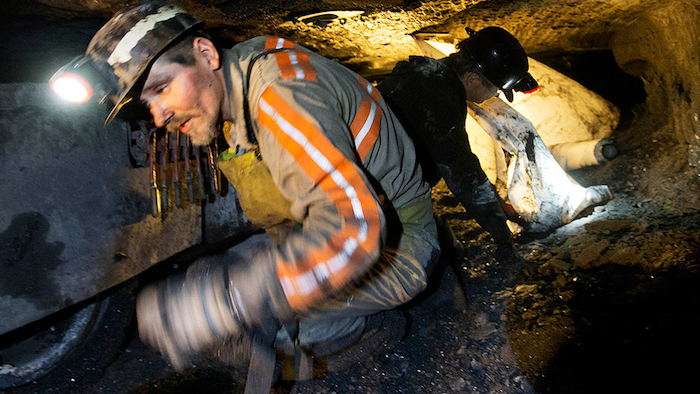 DALLAS (AP) — The Trump administration is gutting Obama-era regulations opposed by the coal industry, but the strategy isn't likely to have much effect on U.S. energy independence.

President Donald Trump said Tuesday he was ushering in "the start of a new era" in energy production by signing an executive order that seeks to block, reverse or review several of President Barack Obama's initiatives to limit climate change. Some will take effect immediately; others could take years and face long court challenges.

A new era in U.S. energy began a decade ago, when drilling companies used new techniques to extract vast amounts of natural gas and oil beneath Texas, New Mexico, North Dakota, the Rockies and other regions of the country. And still the country imports millions of barrels each day of the oil it consumes each day to power its cars, trucks and factories. The moves Trump announced will do little to change that equation.

The order helps Trump fulfill his campaign promise to roll back President Barack Obama's plan to cut climate-changing emissions, which was bitterly opposed by coal companies and many voters in coal country. It also would start a review of rules opposed by the oil and industry.

It's not clear that the order will boost production as advertised. Production has responded more to market prices and technological advances more than the regulatory environment.

Deregulation would reduce producers' costs at the margin, he said, "but these are pretty small cost impacts compared to the massive collapse we've seen in the global oil market over the last two years."

Natural gas production was remarkably steady for four decades but has spurted in the last few years. Drilling advances have helped boost production by 47 percent since 2005.

As a result, net imports — after subtracting U.S. energy exports — amount to about one-fourth of U.S. petroleum consumption, the lowest level since 1970.

Gas is poised to become a bigger export. Exxon Mobil Corp. is investing $20 billion through 2022 to take advantage of cheaper gas to expand its refining and chemical operations on the Gulf coast and export the fuel in liquefied form. The company says it will create 35,000 temporary construction jobs and 12,000 permanent jobs.

In 2015, natural gas surpassed coal for use in electricity generation. Coal production dropped to 739 million tons last year, the lowest level since 1978.

About 60,000 coal-mining jobs disappeared — a drop of nearly half since 2011. Trump campaigned on bringing those jobs back.

Trump's order is not likely to affect the U.S.'s need to import some oil because it mostly targets coal, which is used to generate electricity, and will have less impact on oil used in transportation, said Mark Barteau, who directs an energy institute at the University of Michigan. Nor does he believe that the order will revive coal production because coal is more expensive than gas, and many of the nation's coal plants are old and inefficient.

"You would have to be very foolish — even if coal became economically competitive in the short term — to make an investment in a 30- or 40-year (plant)," Barteau said, "because four years from now we may have President Elizabeth Warren and all the environmental regulations are back on."

Charles McConnell, director of an energy center at Rice University in Houston, doesn't think coal is coming back either. But he praised Trump's decision to roll back Obama restrictions on coal plants as a first step toward encouraging diversity in the fuel mix. He said renewables won't grow fast enough to meet rising global energy demand, and that tax incentives should be used to encourage technological innovation to limit emissions from fossil fuels.

"We've been way overweight on windmills and solar panels," McConnell said of U.S. policy under Obama. "We will and must use fossil fuels. We need an all-of-the-above approach."

Giants such as Apple, Google, Microsoft and Coca-Cola are calling for dramatic emissions cuts by 2030.
Apr 13th, 2021
Follow Us
Most Recent