The New Orleans Fire Department says two train cars carrying crude oil have derailed in the city but no oil has spilled. 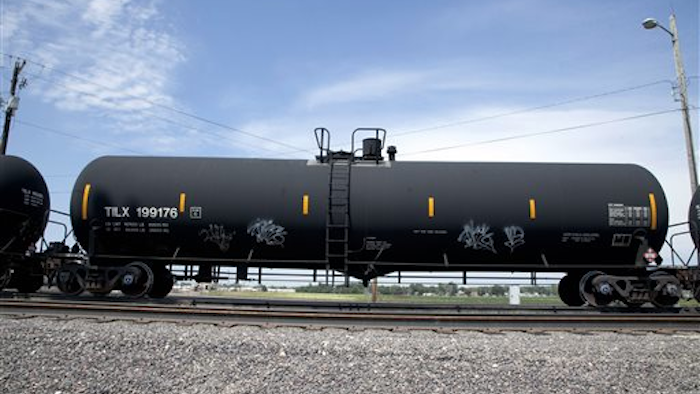 The New Orleans Fire Department says two train cars carrying crude oil have derailed in the city but no oil has spilled.

The department said in a statement Sunday night that it received a report of the derailment around 6:15 p.m.

The statement says two New Orleans Public Belt Railway cars each carrying 30,000 gallons of crude went off the tracks. Fire officials found no leakage and say there's no immediate threat to the public.

The cause is under investigation. Representatives for Public Belt couldn't immediately be reached.

Recent fiery wrecks of trains hauling crude oil, including one last month in West Virginia, have intensified pressure on the Obama administration to approve tougher safety standards for railroads and tank cars.