The Jordan Cove liquefied natural gas terminal at Coos Bay would be the first LNG port on the West Coast and would be linked to existing pipelines by construction of the Pacific Connector Gas Pipeline across southwestern Oregon. 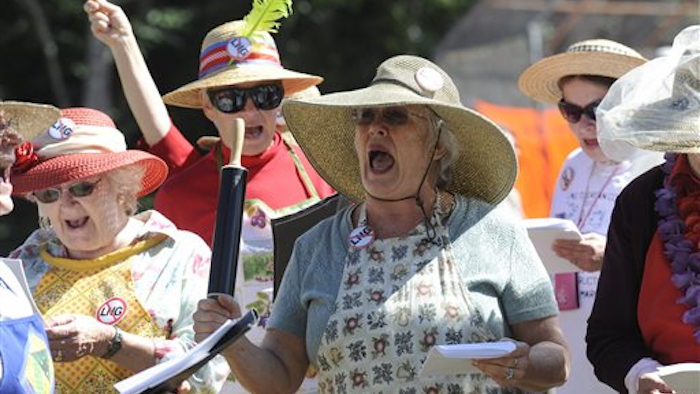 The final environmental impact statement prepared for the Federal Energy Regulatory Commission found that building and operating the gas terminal and pipeline would cause some environmental damage.

However, it noted the problems would be reduced to less than significant with mitigation measures proposed by project developers.

The Jordan Cove liquefied natural gas terminal at Coos Bay would be the first LNG port on the West Coast and would be linked to existing pipelines by construction of the Pacific Connector Gas Pipeline across southwestern Oregon.

The $7 billion project is led by Calgary, Alberta-based Veresen Inc.

Final commission approval is expected by the end of this year, with a notice to proceed from the commission by the middle of next year. Developers have said gas is not likely to begin flowing until 2019.

The projects were initially envisioned for importing natural gas into the U.S., but development of gas deposits in the Rockies created an abundance of the fuel that pushed the projects to switch to exports.

Veresen President and CEO Don Althoff said in a statement that the final environmental report was a significant milestone and represented three years of work.

"The administration has given communities along the Gulf Coast and East Coast the opportunity to access overseas markets," Barrasso said in a statement. "It must not leave the West behind."

The 230-mile pipeline route from the farming town of Malin east of the Cascades just north of the California border to Coos Bay has been opposed by private landowners and conservation groups. It crosses rivers, mountain ranges and a mix of private and public lands.

Lesley Adams, head of the Rogue Riverkeeper conservation group, said the state of Oregon still has to decide on a Clean Water Act permit for the pipeline, and if FERC approves the projects, a coalition of landowners and conservationists plan to take legal action to reverse it.

"It's clear to us there are adverse impacts to forests, streams and species," she said. "One of the big problems with the project is water — raising temperatures and sediment impacts on fish."

The port facilities to be built include a shipping channel, berths for LNG tankers and tugboats and refrigeration facilities to turn the gas into a liquid.

Scientists say the site could someday be subjected to a magnitude-9.0 earthquake and a 50-foot tsunami from the Cascade Subduction Zone.

Federal regulators said the port facilities must be built to withstand earthquakes and tsunamis, limit ship traffic, and provide mitigation for lost wetlands and erosion along the pipeline route.

The commission must negotiate with the U.S. Fish and Wildlife Service and NOAA Fisheries Service over how the projects might harm protected species, such as the northern spotted owl and salmon.