Study: All 50 States Could Run on Renewable Energy by 2050

A new study by California researchers outlines a pathway for all 50 states to run entirely on renewable energy by 2050. 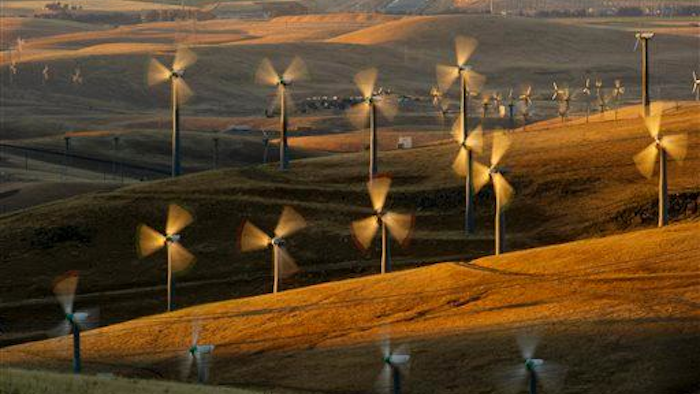 A new study by California researchers outlines a pathway for all 50 states to run entirely on renewable energy by 2050.

The researchers, led by Stanford University engineering professor Mark Jacobson, calculated states' power demands if all fuel consumption was replaced with electricity, then examined their potential for various renewable sources to accommodate that demand.

The report, published in the journal Energy and Environmental Sciences, mapped each state's capability to capture solar energy as well as the potential for wind farms located either on land or offshore. Geothermal energy could be an option for 13 states, while other sources could come from tides and from upgrades to current hydroelectric dams.

Jacobson said the proposal would require sweeping changes by industry and consumers — including powering cars, homes and business entirely by electricity — but said the goals could be achieved entirely with already existing technology.

"The main barriers are social, political and getting industries to change," Jacobson said.

The study found that the plan would produce energy savings of nearly 40 percent and eliminate U.S. greenhouse gas emissions that are projected to cost the world $3.3 trillion annually by 2050.

Jacobson also said the resulting decline in air pollution could prevent about 63,000 deaths from pollution-related illnesses each year in the U.S.

"A conversion of this scale would also create jobs, stabilize fuel prices, reduce pollution-related health problems and eliminate emissions from the United States," Jacobson said. "There is very little downside to a conversion, at least based on this science."