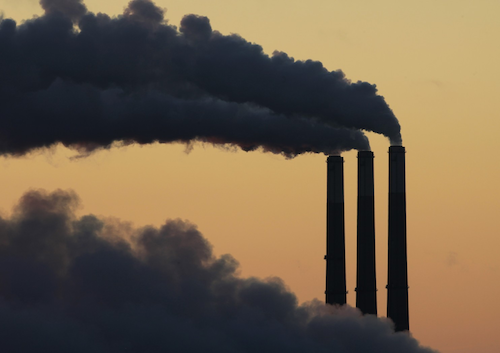 Indiana was among three states that saw big declines in coal consumption for electricity over that 8-year period, according to the U.S. Energy Information Administration. Its report, release last week, found that coal used for power generation fell 37 percent in Indiana between 2007 and 2015, while Ohio's dropped 49 percent and Pennsylvania's fell 44 percent.

Jodi Perras, who is the Indiana representative for the Sierra Club's Beyond Coal Campaign, said the report offers the latest evidence that coal-fired power plants are on the way out in the U.S. amid a changing energy market and tightening federal regulations on the pollutants those plants release as they burn the fossil fuel.

Perras said the state's utilities are generally operating their coal plants less often and relying more on natural gas power plants that generate electricity at a lower cost than coal.

Wind farms are also becoming more common in Indiana, helping with the shift away from coal, she said.

"Coal is in decline. This is happening across the country because there are much cheaper and cleaner ways to generate electricity. These market forces are forcing coal out of the market," Perras said.

Indiana has long been dependent on coal to light its homes and power its factories.

But the percentage of Indiana's electricity generated by coal-fired power plants fell from 92 percent in 2000 to 79.7 percent in 2014, according to a March report by the Energy Information Administration, a branch of the U.S. Department of Energy.

There's no question Indiana's reliance on coal for power is decreasing because of pressure from natural gas, which has become cheap and plentiful as a result of hydraulic fracturing, said Bruce Stevens, president of the Indiana Coal Council.

But he said coal, which is abundant in Indiana's southwestern counties, will remain a top state power source for decades.

Stevens also said the new federal report provides a somewhat skewed picture of Indiana's declining reliance on coal for power because of the years it uses in its comparison. He said Indiana's winters in 2013 and 2014 were bitterly cold and both years the state's coal-fired power plants stocked up on and used significantly more coal to meet power demand.

But he said Indiana had a relatively mild winter and an unusually mild summer in 2015 which together reduced power consumption by homeowners and businesses because they needed to run furnaces and air conditioning units less often than normal.

"If you make the same comparison, 2007 with 2013 or 2014, the numbers would look significantly different," Stevens said.