Tens of thousands of workers at Brazil's state-owned Petrobras went on a nationwide 24-hour strike on Friday to protest the oil company's plans to sell $15.1 billion worth of assets by the end of next year to help pay off a debt of about $120 billion. 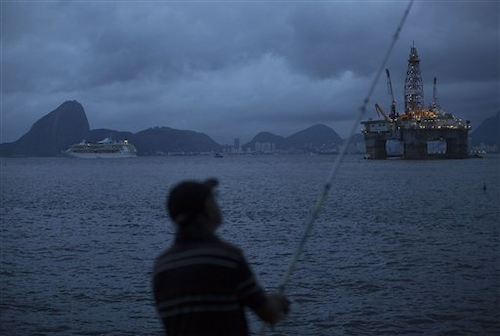 SAO PAULO (AP) — Tens of thousands of workers at Brazil's state-owned Petrobras went on a nationwide 24-hour strike on Friday to protest the oil company's plans to sell $15.1 billion worth of assets by the end of next year to help pay off a debt of about $120 billion.

Caroline Cavassa, a press officer for the National Oil Workers Federation, said 90 percent of the company's 86,000 workers joined the strike in 12 states. The strike took effect after midnight.

Cavassa said the strike affects refineries and onshore and offshore operations. She did not provide details.

Petrobras said in an emailed statement that the company was operating normally despite the strike.

"We have taken all the necessary steps to guarantee the production of oil and gas the supply of products to the market.

The union also opposes planned legislation that would strip Petrobras' right to be the sole operator of huge offshore reserves located off Brazil's southeastern coast.

Most of these fields lie more than a mile below the ocean's surface and under another 2.5 miles of earth and salt.

Petrobras is currently embroiled in a massive corruption-kickback scandal that prosecutors have said involves at least $800 million in bribes and other illegal funds. Some of that money was allegedly funneled back to the ruling Workers' Party and its allies' campaign coffers. It also allegedly included the payment of bribes to Petrobras executives in return for inflated contracts.

Petrobras is Brazil's biggest company and is in charge of tapping big offshore oil fields and creating wealth that leaders hope will propel the country to developed world status.