Federal regulators announced Monday they are considering slapping a California utility with two violations for problems that eventually led to the permanent closure of the San Onofre nuclear power plant. The Nuclear Regulatory Commission said in a report that Southern California Edison failed to identify a flawed design for four replacement steam generators. 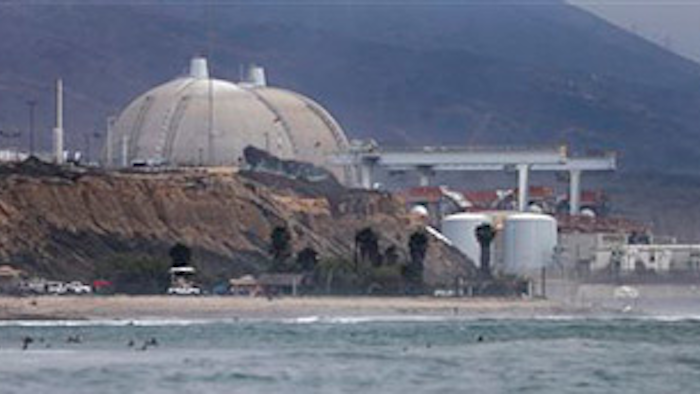 Federal regulators announced Monday they are considering slapping a California utility with two violations for problems that eventually led to the permanent closure of the San Onofre nuclear power plant. The Nuclear Regulatory Commission said in a report that Southern California Edison failed to identify a flawed design for four replacement steam generators, which led to excessive wear to hundreds of tubes that carried radioactive water. The report concluded that there were opportunities to identify this error during the design of the replacement steam generators.

Edison announced in June it was shutting down the coastal plant between Los Angeles and San Diego for good, surrendering in a costly and drawn-out fight over whether the reactors were too damaged to operate safely. The trouble began in January 2012, when a small radiation leak led to the discovery of the extensive damage to tubing. It never produced electricity again. Edison said in a statement that the NRC has not imposed financial penalties.

The utility has been fighting with Mitsubishi Heavy Industries, the Japan-based company that built the generators, over who gets the blame and pays the bill for the problems that centered on how steam flows inside the huge machines. Potentially, billions of dollars could be at stake in the dispute. The federal agency does not regulate Mitsubishi. Separately, the NRC said in a statement it had issued a "notice of nonconformance" to Mitsubishi for problems associated with the design of the generators, which is an administrative step, not an enforcement action. It carries no financial penalty. Edison's chief nuclear officer, Pete Dietrich, pointed out that it is not unusual for regulators to cite a plant's operator for problems caused by a vendor or contractor.

"Mitsubishi designed the system," Dietrich said. "Mitsubishi built the system. Mitsubishi's system failed. They are the experts. SCE was the customer." Mitsubishi has said the generators "were designed and manufactured with SCE's full supervision and approval and in accordance with well-established and accepted codes and standards along with our own knowledge and experience plus that of outside experts."

In legal documents, the utility has claimed Mitsubishi Heavy Industries Ltd. and Mitsubishi Nuclear Energy Systems are liable for the defective generators, along with costs ranging from buying replacement power to the investment in the now-shuttered plant that the company earlier estimated at over $2 billion. David Lochbaum, director of the nuclear safety project for the Union of Concerned Scientists, said the NRC was obligated to complete its review at San Onofre, even though the plant no longer operates. With the reactors retired, Edison has "already paid a huge price for the mistake," he said. Although the Mitsubishi notice carried no financial penalty, but Lochbaum added that it could tarnish the company's reputation in the marketplace.