Backers of a proposed project in North Dakota that would turn a variety of sugar beets into ethanol have preached patience for the last five years. Now they're looking for a commitment from farmers to sweeten the deal. 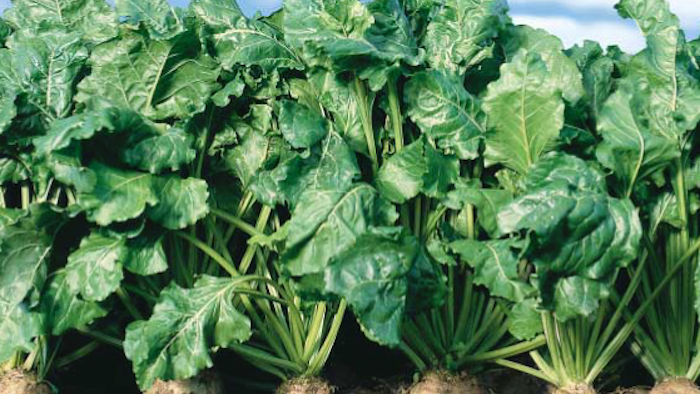 FARGO, N.D. (AP) — Backers of a proposed project in North Dakota that would turn a variety of sugar beets into ethanol have preached patience for the last five years. Now they're looking for a commitment from farmers to sweeten the deal.

A North Dakota State University agriculture economics professor who's helping developers with the project is touring the state to talk with farmers about their interest in first growing the so-called energy or industrial beets and then in investing in a plant.

"One of the concerns or challenges they have is getting farmers to grow the new crops," said Dave Ripplinger, who specializes in bioenergy and biofuels at NDSU. "You have to get new growers in a specific region to commit not just for one year, but enough to support a factory."

The timing has become a factor because results from test trials are mostly favorable and farmers need to figure out their crop rotations at least two and perhaps four years in advance to make sure they have the right chemicals in the ground. For a plant to open in 2016 or 2017, developers would need to know by November if farmers are on board.

Brett McIlonie, who farms near Pingree, said he can understand why promoters are ready to advance the project from research to reality.

"It's a big commitment on their part, too," he said. "We are interested if the numbers work."

Ripplinger led a series of meetings in January at five towns that are leading contenders for a plant. He purposely kept the conversation at a general level because the idea was new to many people in attendance. He's going back out this month to delve into details about the economics of the project.

The beets that produce biofuels are different from beets grown for human consumption. Industrial beets are genetically bred specifically for the making of renewable fuels and can be grown just about anywhere in the United States.

The refinery process separates sugar from the beets in the form of juice, which is fermented and distilled into alcohol. The waste material from the fermentation process is converted into a powder that's used as fuel to help power the plant. The leftover ash could be used as fertilizer.

"It really doesn't take long to build an ethanol refinery," Ripplinger said. "The biggest piece is engaging the farmers, getting the growers."

There are still roadblocks, most of them dealing with federal government regulations.

Biofuel beets must meet Environmental Protection Agency standards for greenhouse gas savings, which is set at 20 percent minimum for conventional biofuels and 50 percent for advanced biofuels. NDSU did its own analysis and found that the project "clearly exceed 50 percent threshold, with gravy," Ripplinger said.

However, NDSU doesn't know whether the project meets federal requirements for land use change, or the environmental effects of the beets taking the place of other crops. Ripplinger said they were told to expect theEPA to rule at the end of 2012. EPA officials were not available for comment.

"The clock is starting to tick, so that decision is critically important," Ripplinger said.

The project is the brainchild of Fargo-based Green Vision Group and Heartland Renewable Energy of Muscatine, Iowa, who said initially they would like to see a dozen plants throughout the state. They appear to be in a race for the first plant against California growers who want to open a biofuel beet facility in Mendota by 2016.

The leading sites in North Dakota for the initial plant are near Valley City, Jamestown, Carrington, Cando and Langdon. Maynard Helgaas, president of Green Vision Group, said it's a good rural development project and it makes sense for farmers looking for a value-added crop.

"It's a good crop for the rotations that we need," Helgaas said. "We can't just keep growing corn or beans."