A team of chemists has developed a method to yield highly detailed, three-dimensional images of the insides of batteries. 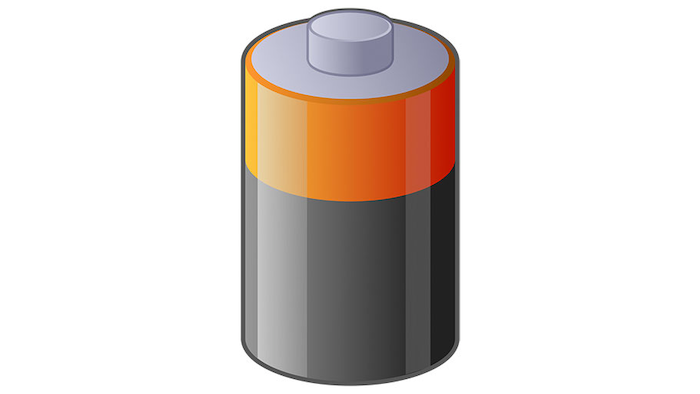 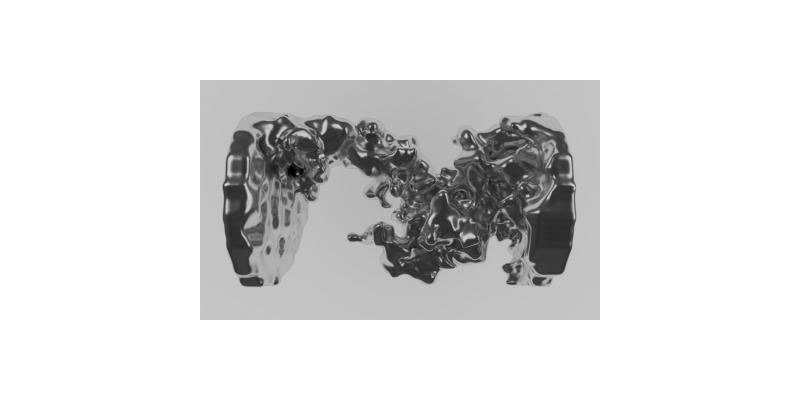 NYU chemists and their colleagues have developed a method to yield highly detailed, three-dimensional images of the insides of batteries. Shown here is a 3D image of the inside of a lithium cell after charging and showing dendrite growth — deposits than can reduce performance and compromise safety — between the two electrodes that short-circuited the cell. (Image courtesy of NYU's Jerschow lab.)

A team of chemists has developed a method to yield highly detailed, three-dimensional images of the insides of batteries. The technique, based on magnetic resonance imaging (MRI), offers an enhanced approach to monitor the condition of these power sources in real time.

"One particular challenge we wanted to solve was to make the measurements 3D and sufficiently fast, so that they could be done during the battery-charging cycle," explains NYU Chemistry Professor Alexej Jerschow, the paper's senior author. "This was made possible by using intrinsic amplification processes, which allow one to measure small features within the cell to diagnose common battery failure mechanisms. We believe these methods could become important techniques for the development of better batteries."

The work, described in Proceedings of the National Academy of Sciences, focuses on rechargeable Lithium-ion (Li-ion) batteries, which are used in cell phones, electric cars, laptops, and many other electronics. Many see lithium metal as a promising, highly efficient electrode material, which could boost performance and reduce battery weight. However, during battery recharging it builds up deposits — or "dendrites" — that can cause performance loss and safety concerns, including fires and explosions. Therefore, monitoring the growth of dendrites is crucial to producing high-performance batteries with this material.

Current methods for doing so, developed previously by the same team, have used MRI technology to look at lithium dendrites directly. However, such procedures have resulted in lower sensitivity and limited resolution, making it difficult to see dendrites in 3D and to precisely understand the conditions under which they accumulate.

With this in mind, the researchers sought to enhance this process by focusing on the lithium's surrounding electrolytes — substances used to move charges between the electrodes. Specifically, they found that MRI images of the electrolyte became strongly distorted in the vicinity of dendrites, providing a highly sensitive measure of when and where they grow.

Moreover, by visually capturing these distortions, the scientists were able to construct a 3D image of the dendrites from fast MRI experiments. Alternative methods usually do not work on charging cells and require the batteries to be opened up, thus destroying the dendrite structure and altering the chemistry of the cell.

"The method examines the space and materials around dendrites, rather than the dendrites themselves," explains Andrew Ilott, an NYU postdoctoral fellow and the paper's lead author. "As a result, the method is more universal. Moreover, we can examine structures formed by other metals, such as, for example, sodium or magnesium--materials that are currently considered as alternatives to lithium. The 3D images give us particular insights into the morphology and extent of the dendrites that can grow under different battery operating conditions."

The study's other authors included: Mohaddese Mohammadi, an NYU graduate student; Hee Jung Chang, a doctoral student at Stony Brook University at the time of the research and now a research associate at Pacific Northwest National Laboratory; and Clare Grey, a professor in the Department of Chemistry at the University of Cambridge.

The research was supported by the National Science Foundation (CHE 1412064), the U.S. Department of Energy's Office of Science, Basic Energy Sciences (DE-SC0001294, DE-SC0012583) and its Office of FreedomCAR and Vehicle Technologies (DE-AC02-05CH11231), and the NorthEast Center for Chemical Energy Storage.

For a 3D image of the inside of a Lithium cell, which reveals dendrite growth, please click here:https://www.nyu.edu/projects/jerschow/ETC/3Dmodel.html.