Where Trump, Clinton Stand on Science, Innovation And Energy

What would each candidate's approach be to the major issues facing the science and energy communities? 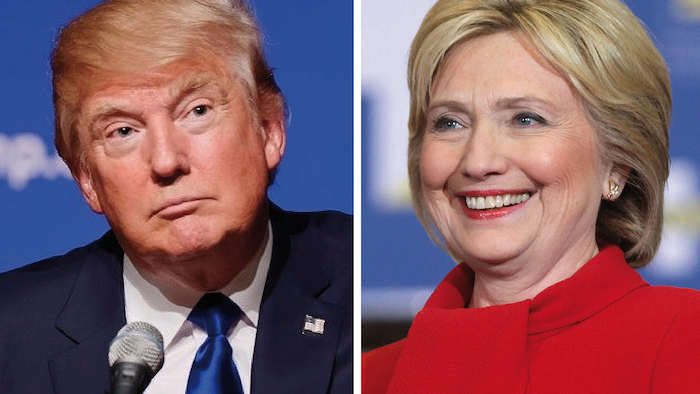 For all of the daily noise in the presidential campaign, there is usually little lip service given to where the candidates stand on many issues.

So what would each candidates’ approach be to the major issues facing the science and energy community?

To find out, ScienceDebate.org sent all four candidates questions and recently published their answers. Full responses to selected questions from Donald Trump and Hillary Clinton are below. To find out how Jill Stein (G) and Gary Johnson (L) responded, click here.

Innovation
Science and engineering have been responsible for over half of the growth of the U.S. economy since WWII. But some reports question America’s continued leadership in these areas. What policies will best ensure that America remains at the forefront of innovation? 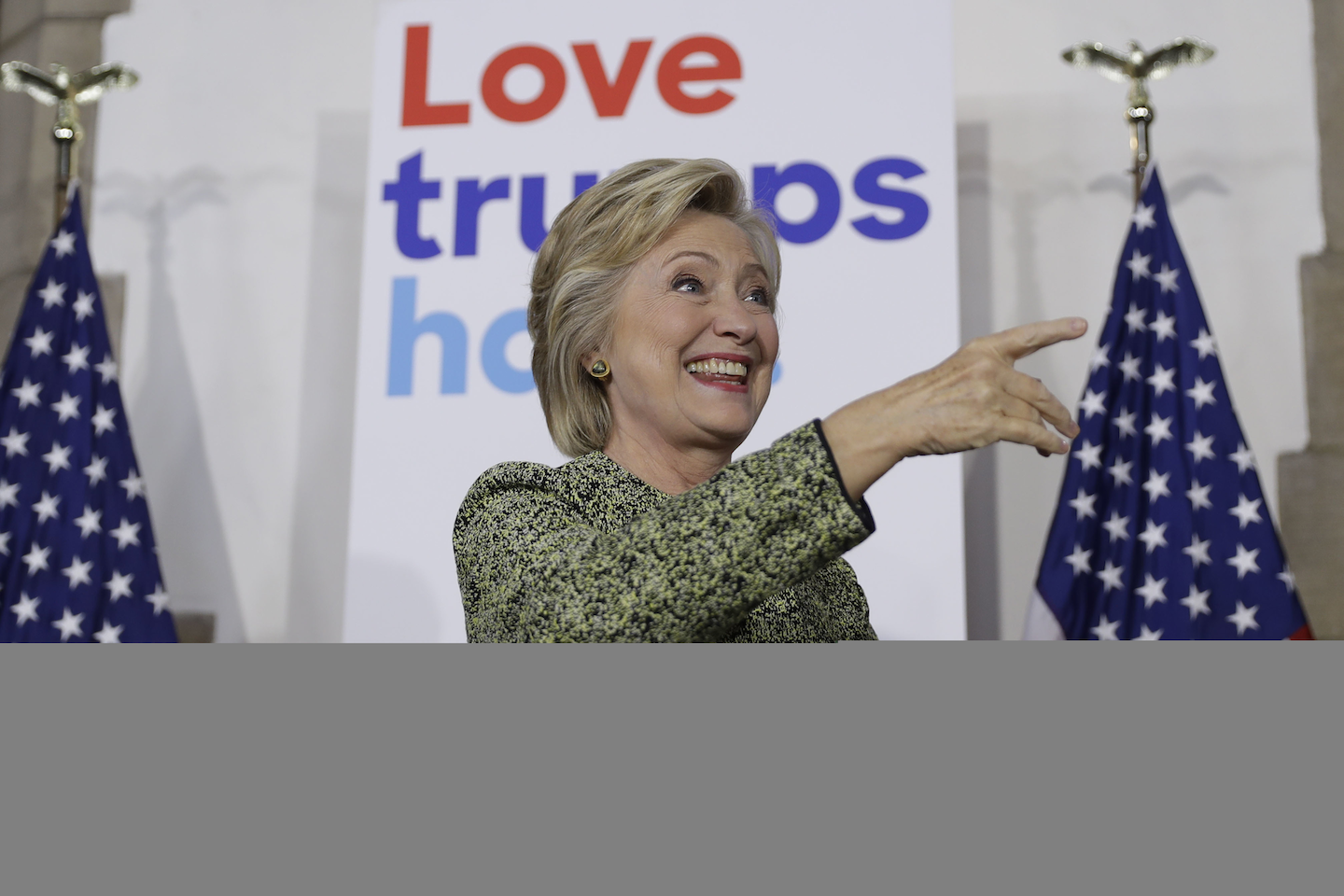 Hillary Clinton (D)
Since World War II, America’s leadership in science- and engineering-based innovation has provided economic benefits along with major advances in health, safety, security, and quality of life. Education, research, and commercialization are all key to America’s success.  As President, I will work to strengthen each of these core elements of the ecosystem and facilitate public-private partnerships between them to ensure that America remains at the forefront of innovation.

Advances in science and engineering start with education. We need universal preschool, to get our kids off to a good start; good K-12 schools and teachers in every ZIP code; and to put higher education in reach for everyone with debt-free college and support for high-quality apprenticeships and training programs. We need strong STEM programming in every school, and we need to provide every public school student with access to education in computer science.

Both basic and applied research are major drivers of innovation. As President, I will work with Congress to ensure that government funding of research is sufficient to allow for multi-year planning, exploration of emerging research areas, and inflation-adjusted costs. Funding is needed not only for the basic science research agencies and the large science and engineering mission agencies but also for the broader universe of agencies that are increasingly dependent on STEM for their missions.

The innovation payoff comes from the commercialization of research results. The first step is what universities call “technology transfer” and the medical community calls “translation” – demonstrating the use of research results in practice and sharing the knowledge with the business community. The government has a critical role to play at this stage by opening access to and sharing government-funded research results. I will support the development of collaborative consortia that accelerate the creation of new industries while providing valuable feedback to researchers. As part of my plan to create more good-paying jobs, I will also invest in “Make it in America” partnerships that will make America the first choice for manufacturing by harnessing regional strengths, supporting manufacturers up and down the supply chain, and ensuring international competitiveness by improving industrial energy efficiency by one-third within a decade. 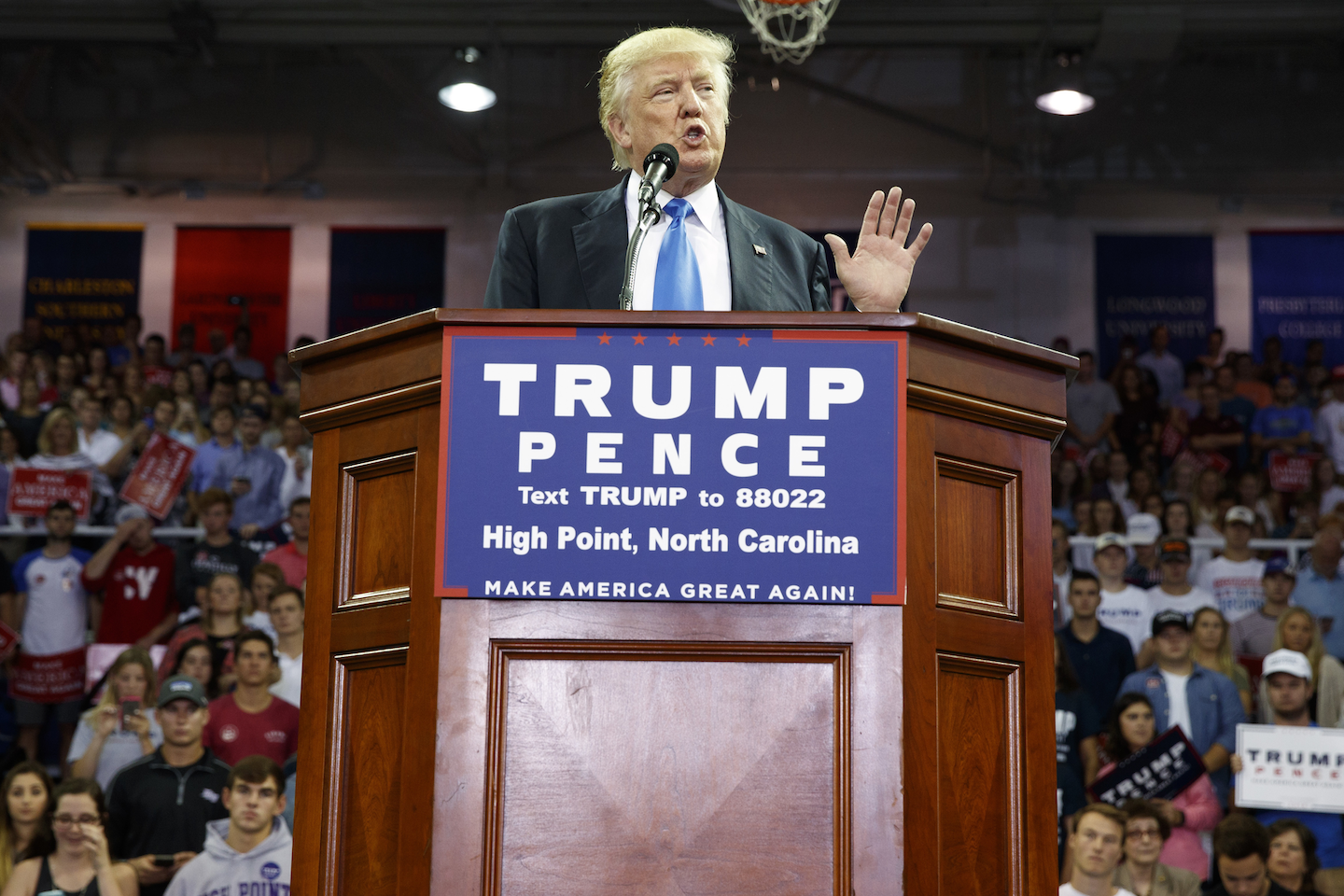 Donald Trump (R)
Innovation has always been one of the great by-products of free market systems.  Entrepreneurs have always found entries into markets by giving consumers more options for the products they desire.  The government should do all it can to reduce barriers to entry into markets and should work at creating a business environment where fair trade is as important as free trade.  Similarly, the federal government should encourage innovation in the areas of space exploration and investment in research and development across the broad landscape of academia.  Though there are increasing demands to curtail spending and to balance the federal budget, we must make the commitment to invest in science, engineering, healthcare and other areas that will make the lives of Americans better, safer and more prosperous.

Research
Many scientific advances require long-term investment to fund research over a period of longer than the two, four, or six year terms that govern political cycles. In the current climate of budgetary constraints, what are your science and engineering research priorities and how will you balance short-term versus long-term funding?

Hillary Clinton
Science and engineering not only provide the devices and services we enjoy and use on a daily basis—they also help defend against disease, security threats, unmet energy needs, the impacts of climate change, environmental degradation, and many other challenging issues with national and global reach. Advancing science and technology will be among my highest priorities as President.

Historically, federally funded basic research–often done without a particular application in mind and intrinsically long term–has yielded breakthrough discoveries of new knowledge and technologies. This knowledge and these technologies have, through the power of innovation, transformed entire sectors of industry, fueled economic growth, and created high-paying jobs.

I share the concerns of the science and technology community, including many in the industry, that the United States is underinvesting in research. Federal funding of basic research amounts to less than one percent of annual federal spending, yet it is an investment that pays big dividends. I believe it is essential that we strengthen our research capacity, by funding talented young investigators, looking for ways to prioritize “high-risk, high-reward” projects that have the potential to transform entire fields, and enhancing partnerships between government, universities, and the private sector.

Donald Trump
The premise of this question is exactly correct—scientific advances do require long term investment.  This is why we must have programs such as a viable space program and institutional research that serve as incubators to innovation and the advancement of science and engineering in a number of fields.  We should also bring together stakeholders and examine what the priorities ought to be for the nation.  Conservation of resources and finding ways to feed the world beg our strong commitment as do dedicated investment in making the world a healthier place.  The nation is best served by a President and administration that have a vision for a greater, better America.

Climate Change
The Earth’s climate is changing and political discussion has become divided over both the science and the best response. What are your views on climate change, and how would your administration act on those views? 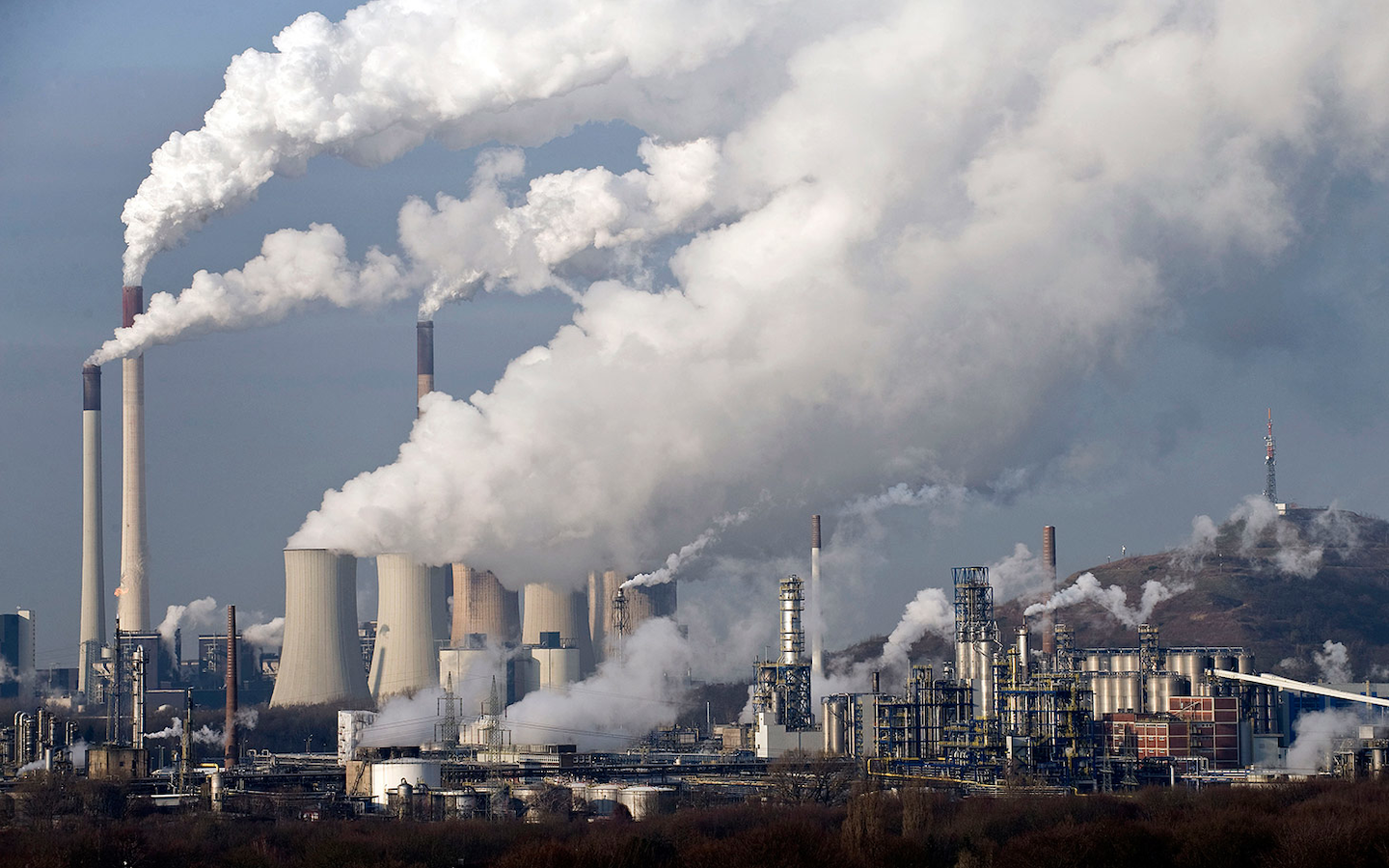 Hillary Clinton
When it comes to climate change, the science is crystal clear. Climate change is an urgent threat and a defining challenge of our time and its impacts are already being felt at home and around the world. That’s why as President, I will work both domestically and internationally to ensure that we build on recent progress and continue to slash greenhouse gas pollution over the coming years as the science clearly tells us we must.

I will set three goals that we will achieve within ten years of taking office and which will make America the clean energy superpower of the 21st century:

To get there, my administration will implement and build on the range of pollution and efficiency standards and clean energy tax incentives that have made the United States a global leader in the battle against climate change. These standards are also essential for protecting the health of our children, saving American households and businesses billions of dollars in energy costs, and creating thousands of good paying jobs.

These standards set the floor, not the ceiling. As President, I will launch a $60 billion Clean Energy Challenge to partner with those states, cities, and rural communities across the country that are ready to take the lead on clean energy and energy efficiency, giving them the flexibility, tools and resources they need to succeed.

Donald Trump
There is still much that needs to be investigated in the field of “climate change.” Perhaps the best use of our limited financial resources should be in dealing with making sure that every person in the world has clean water.  Perhaps we should focus on eliminating lingering diseases around the world like malaria.  Perhaps we should focus on efforts to increase food production to keep pace with an ever-growing world population.  Perhaps we should be focused on developing energy sources and power production that alleviates the need for dependence on fossil fuels.  We must decide on how best to proceed so that we can make lives better, safer and more prosperous.

Energy
Strategic management of the US energy portfolio can have powerful economic, environmental, and foreign policy impacts. How do you see the energy landscape evolving over the next 4 to 8 years, and, as President, what will your energy strategy be? 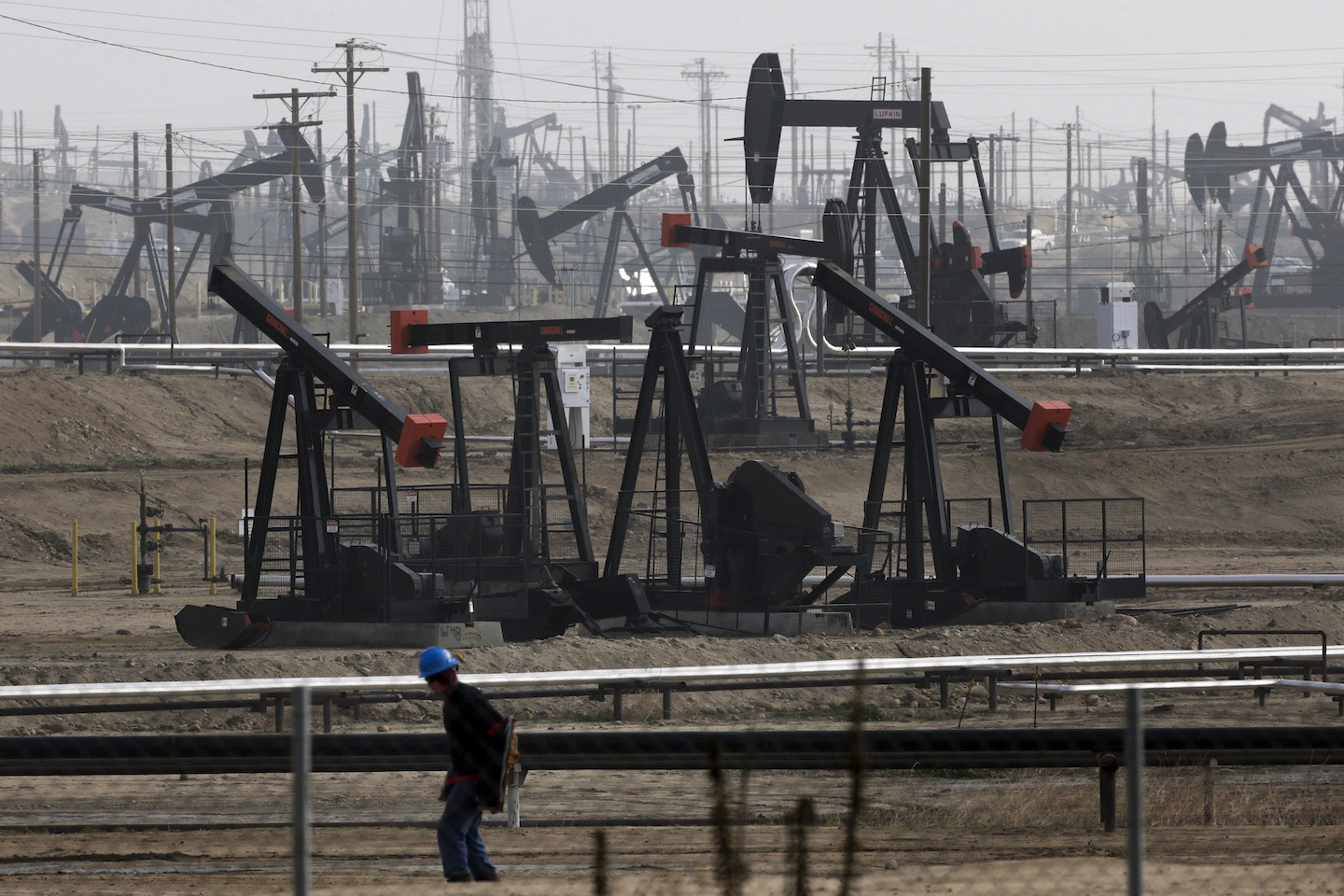 The next decade is not only critical to meeting the climate challenge, but offers a tremendous opportunity to ensure America becomes a 21st century clean energy superpower. I reject the notion that we as a country are forced to choose between our economy, our environment, and our security. The truth is that with a smart energy policy we can advance all three simultaneously. I will set the following bold, national goals – and get to work on Day 1, implementing my plan to achieve them within ten years of taking office:

My plan will deliver on the pledge President Obama made at the Paris climate conference—without relying on climate deniers in Congress to pass new legislation. This includes:

Revitalizing coal communities by supporting locally driven priorities and make them an engine of U.S. economic growth in the 21st century, as they have been for generations.

Donald Trump
It should be the goal of the American people and their government to achieve energy independence as soon as possible.  Energy independence means exploring and developing every possible energy source including wind, solar, nuclear and bio-fuels.  A thriving market system will allow consumers to determine the best sources of energy for future consumption.  Further, with the United States, Canada and Mexico as the key energy producers in the world, we will live in a safer, more productive and more prosperous world.

In addition to the questions above, the candidates responded to a range of other issues including regulations, public health, the opioid epidemic, education and immigration. Click here for more.