Japan has restarted a nuclear reactor that uses plutonium-based fuel, the first of that type to resume operations under stricter safety rules introduced after the 2011 Fukushima disaster. 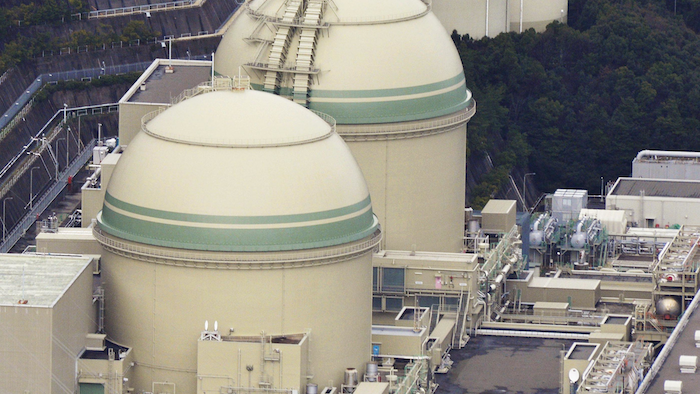 TOKYO (AP) — Japan has restarted a nuclear reactor that uses plutonium-based fuel, the first of that type to resume operations under stricter safety rules introduced after the 2011 Fukushima disaster.

The No. 3 reactor at Takahama nuclear plant in western Japan, operated by Kansai Electric Power Co., was restarted Friday. It is the first that uses a plutonium-uranium hybrid fuel known as MOX to go back online since the accident.

Japan's large stockpile of plutonium has raised nuclear security concerns, and the government is trying to reduce the amount by burning it in reactors.

The pro-business government is pushing to restart as many reactors as possible after they are deemed safe. Forty remaining workable reactors are still offline for safety checks.