Want to cut reliance on your fossil-fuel-burning utility, but don't have space for solar panels? Easy, the sales pitch goes, buy a share in the new "community solar array" being built on the outskirts of town. But experts say there's a catch. 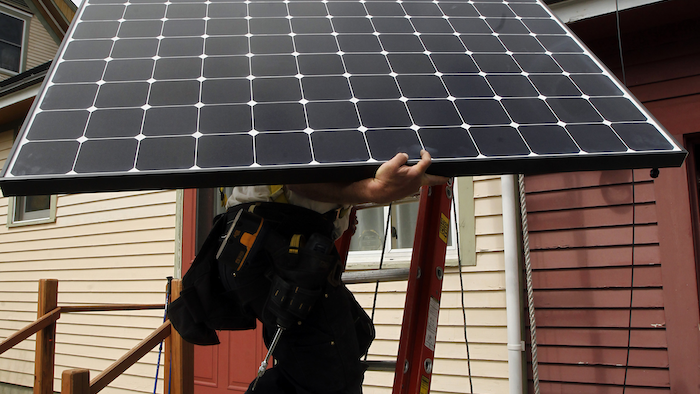 MONTPELIER, Vt. (AP) — Want to cut reliance on your fossil-fuel-burning utility, but don't have space for solar panels? Easy, the sales pitch goes, buy a share in the new "community solar array" being built on the outskirts of town.

But experts and regulators say there's a catch. Some of the biggest marketers of such deals are stripping the "green" benefits out of them and selling them elsewhere, leaving homeowners with a small discount on the same electricity they were using before.

It's commonplace and legal for companies and governments to swap energy credits. In this case, though, critics say it's a case of environmentalism meets the old Tom Waits line: "The large print giveth and the small print taketh away."

What SunCommon, Vermont's largest seller of community solar, is taking away are the renewable energy credits, or RECs, tied to community solar projects. They're selling those credits to utilities in Massachusetts and Connecticut so they can meet state requirements that they get a certain percentage of their power from renewable sources. 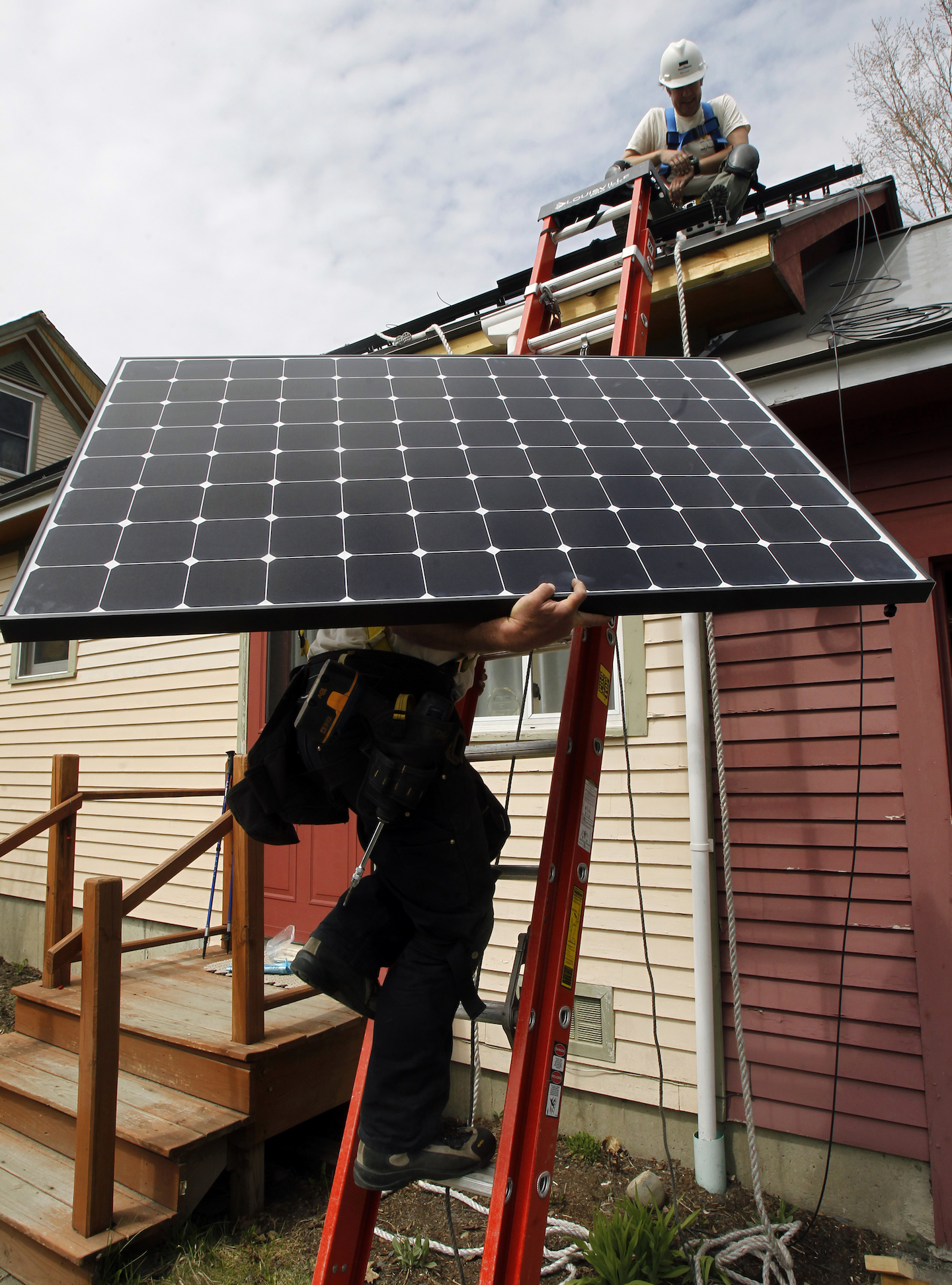 Severin Borenstein, a business administration professor at the University of California at Berkeley, who has followed the issue, described it this way in a blog post this month:

"If you've installed solar at your home and are now basking in the I'm-saving-the-planet warm glow, you may be in for a splash of ice water. There's a good chance someone else has purchased your halo and is wearing it right now."

Duane Peterson, SunCommon's co-president, argued in an interview that selling the RECs separately is key to keeping energy affordable for his consumers.

The Vermont attorney general's office recently issued a warning letter to solar industry players saying some could face penalties for deceptive advertising if they are not clear when consumers are buying electrons but not environmental benefits.

The attorney general's warning says in part, "If your solar project sells the RECs, do not make any statements or suggestions that consumers are using renewable energy from your project."

SunCommon's website has four alternating front pages advertising "solar at no upfront cost," ''Ditch fossil fuels, invest in solar" and saying its "mission is to tear down the barriers to renewable energy." In a web-based ad for a community solar project in Bridport, posted in July, there was no mention that RECs would be sold out-of-state.

Since the attorney general's warning letter last month, SunCommon has added information about RECs to its website, but it's still on an inside page of the site, near the bottom.

The nation's largest solar marketer, San Mateo, California-based SolarCity, promises on its website that customers can "power your home with clean energy. ... Move to a cleaner, renewable energy today." But the contract notes that the green aspects of the power can go elsewhere.

Renewable energy credits tied to the customer's solar installation "are the property of and for the benefit of SolarCity, useable at its sole discretion," it says.

SolarCity has about a 34 percent share of the U.S. residential solar market, according to GTM Research, a market analysis firm. SolarCity expanded its footprint into Vermont this year, opening an office in Burlington.

"We're still reviewing what the attorney general has published on this and we've reached out to his office to make sure we understand all the requirements, but we will make sure that our contracts and advertisements comply with the law in Vermont," spokesman Jonathan Bass said in an email.

One difficulty is simply understanding what a REC, usually pronounced as "wreck," is.

The federal Environmental Protection Agency explains it this way:

A REC "represents the property rights to the environmental, social, and other nonpower qualities of renewable electricity generation. A REC, and its associated attributes and benefits, can be sold separately from the underlying physical electricity associated with a renewable-based generation source."

The electricity and the REC can be sold together or separately; the important thing is that the consumer knows the difference, said Bill Bender, president of Solaflect Energy, a White River Junction, Vermont, company that sells them together.

If the RECs are sold separately, a Vermont solar investor is getting what the attorney general calls "null electricity," and what Bender called "residual mix" from the New England grid, which as of last year was 39.4 percent natural gas-generated and 34 percent nuclear.

Vermont may soon have company in warning consumers to be wary. The Illinois Commerce Commission is reviewing possible rules, said Brad Klein, an attorney with the Chicago-based Environmental Law and Policy Center in Chicago.