Merkel To Address Climate Talks Amid Calls For Coal Exit

Energy companies warn that coal is needed to ensure a steady supply of energy for Europe's biggest economy. 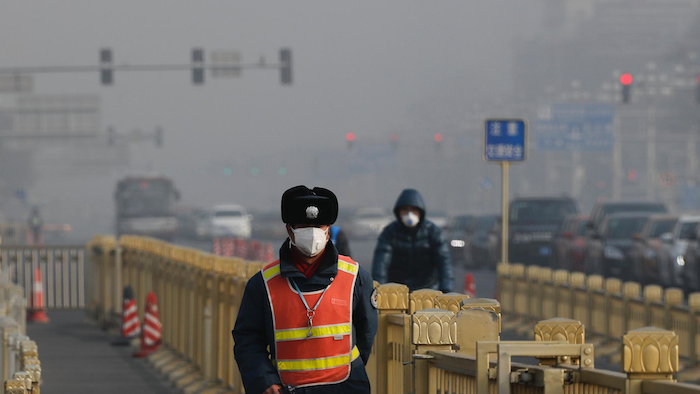 In this Jan 4, 2017 file photo a traffic warden wearing a protection mask walks on a street near Tiananmen Square in Beijing as the capital of China is blanketed by heavy smog. World leaders arrive at the global climate talks in Germany on Wednesday, Nov. 15, 2017 to give the negotiations a boost going into the final stretch. (AP Photo/Andy Wong, file)

World leaders arrived at global climate talks in Germany on Wednesday to give the negotiations a boost going into the final stretch, as campaigners called for a strong signal from rich countries on curbing greenhouse gas emissions.

Particular attention was focused on German Chancellor Angela Merkel, whose country is co-hosting the talks together with Fiji, a small Pacific nation that faces dramatic consequences from unchecked climate change.

Green campaigners and developing nations called on Merkel to use the event on her home turf to announce that Germany will set a firm deadline for phasing out the use of coal by 2030.

Germany generates about 40 percent of its electricity from coal, including the light brown variety called lignite that's considered to be among the most heavily polluting fossil fuels.

Environmental groups staged anti-coal protests before and during the talks, and planned to roll out a "red carpet" for leaders arriving in Bonn bearing the slogan "Keep It In The Ground."

The timing is difficult for Merkel: after speaking at the climate talks in Bonn she flies back to Berlin for negotiations on forming a new government that would include both the environmental Green party and a pro-business party, the Free Democrats, which opposes a coal deadline. Energy companies warn that coal is needed to ensure a steady supply of energy for Europe's biggest economy.

Greens co-leader Katrin Goering-Eckardt said Wednesday that reaching an agreement on Germany's exit from coal would be "a small contribution to managing to secure the survival of the planet."

"Of course we are thinking about jobs — we do care about that — and of course supply security in the energy market is obvious," she said. "But we must reach the climate protection targets for 2020, 2030, 2050." 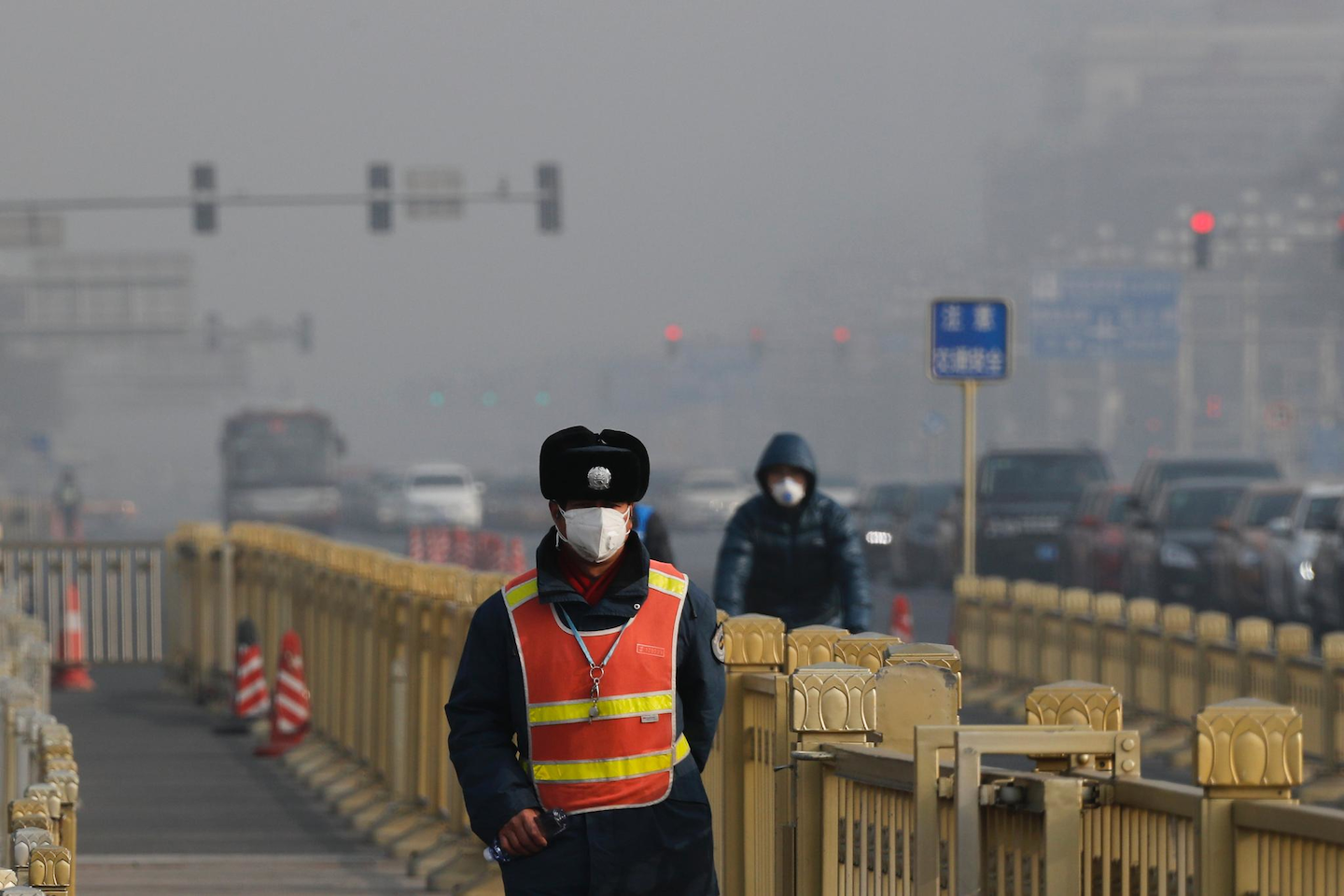 In this Jan 4, 2017 file photo a traffic warden wearing a protection mask walks on a street near Tiananmen Square in Beijing as the capital of China is blanketed by heavy smog. World leaders arrive at the global climate talks in Germany on Wednesday, Nov. 15, 2017 to give the negotiations a boost going into the final stretch. (AP Photo/Andy Wong, file)

Germany is currently predicted to fall short of its target of reducing emissions by 2020 by 40 percent from 1990 levels, largely due to emissions from the energy and transportation sectors. Experts say phasing out coal would ensure the biggest cut.

"If we want to honor this pledge we have to phase out coal power — that means lignite in particular in Germany," said John Schellnhuber, who heads the Potsdam Institute for Climate Impact Research.

The loss of around 20,000 jobs in Germany's coal industry could be absorbed by the 600,000 new jobs the country's economy is expected to add next year, he said.

"Germany as a climate champion could definitely get out of coal fairly quickly, but we keep on operating the dirtiest of all fossil fuels to export the excess power," said Schellnhuber, who was an adviser to Merkel, a trained physicist, when she was Germany's environment minister at the first global climate talks in 1995.

"She's a brilliant mind and she knows about the facts, we can be sure," he said.

Jennifer Morgan, executive director of Greenpeace International, said Merkel had been a leader on climate, even in the face of setbacks such as the announcement by President Donald Trump earlier this year that he would pull out of the Paris accord.

Also speaking Wednesday are U.N. Secretary-General Antonio Guterres and French President Emmanuel Macron, who has convened a climate summit in Paris next month to build on international efforts to fight global warming.