Construction on the Block Island Wind Farm was completed last week with the installation of the final turbine blade. 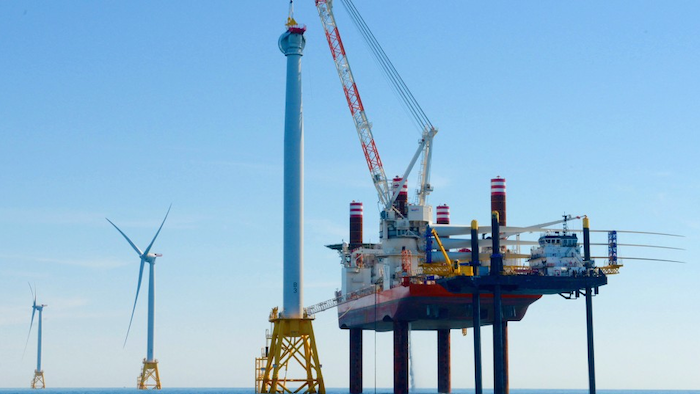 The five Haliade turbines are each 330 feet tall and will generate a combined total of 30 megawatts of energy. (Image credit: Deepwater Wind)

Construction on the Block Island Wind Farm, just three miles southeast of the popular summer spot, was completed last week with the installation of the final turbine blade. After years of preparation, Jeffrey Grybowski, chief executive of project developer Deepwater Wind, took to Twitter to announce the news after the last of 15 blades, each 240-foot-long (nearly 74 meters), was fastened in place. His tweet was to the point: “Installation complete.”

Now, the five fully assembled GE Haliade turbines, each standing as high as the Statue of Liberty, are ready to be commissioned and tested. Once online, they will generate a combined 30 megawatts of electricity — enough to power 17,000 homes — and turn Block Island into the most powerful coastal enclave in the northeast (with apologies to the Hamptons). 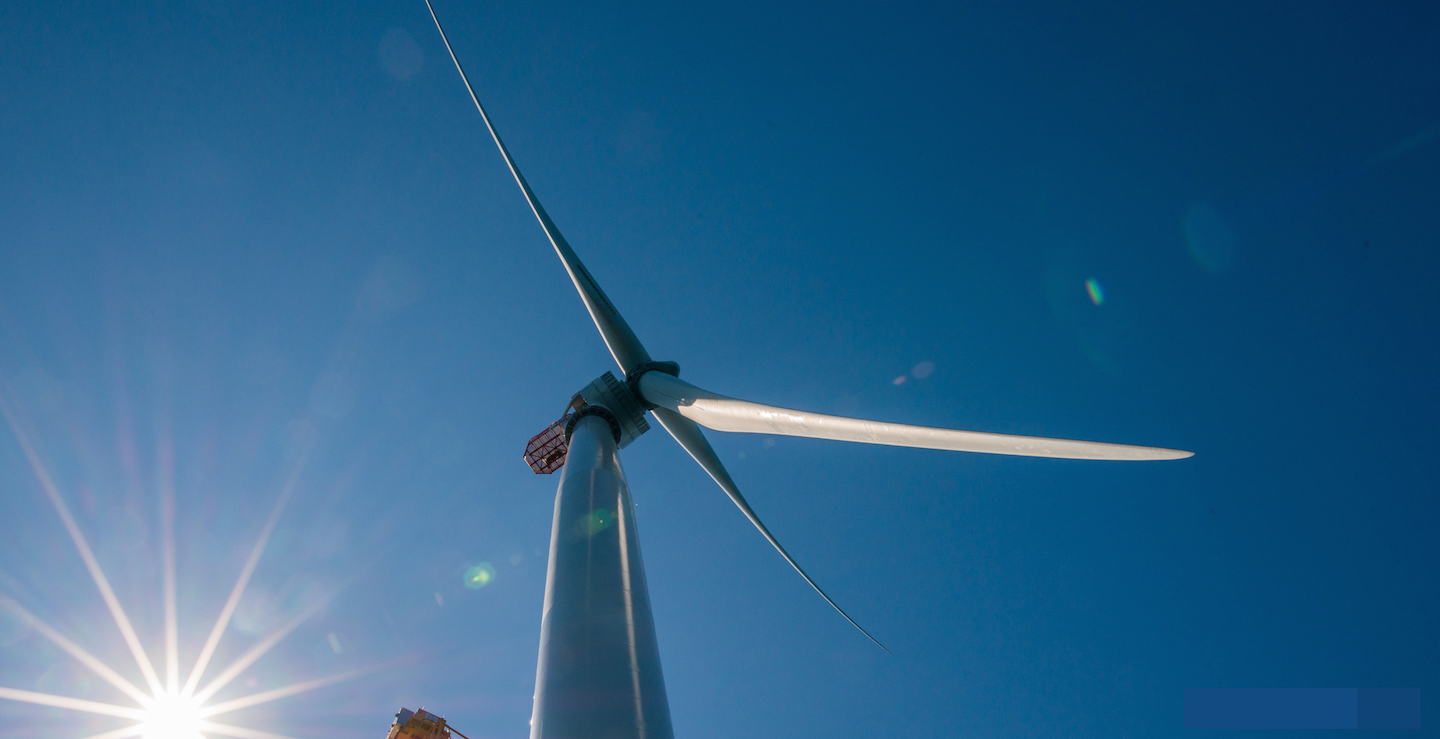 The Block Island wind farm brings together the massive Haliade turbines, whose blade tips tower 600 feet above the water, and GE’s innovative gearless permanent magnet generators that can each produce 6 megawatts of power. The combination has the potential to transform the renewables business both in the U.S. and abroad.

The Haliade turbine is an engineering marvel. Each 330 feet (100 meters) tower holds the 400-ton power-generating nacelle, a machine as large as a school bus, and three blades that weigh 27 tons each. The generator is split into three separate electrical circuits so that even if two circuits go offline, the turbine can still produce 2 megawatts of electricity on the remaining circuit.

Just getting all the equipment from Europe to the United States was a massive undertaking. The installation ship the Brave Tern travelled 3,300 miles across the Atlantic Ocean before becoming a real-life Transformer robot, changing from a ship into an at-sea construction platform when it reached the coast of Rhode Island. 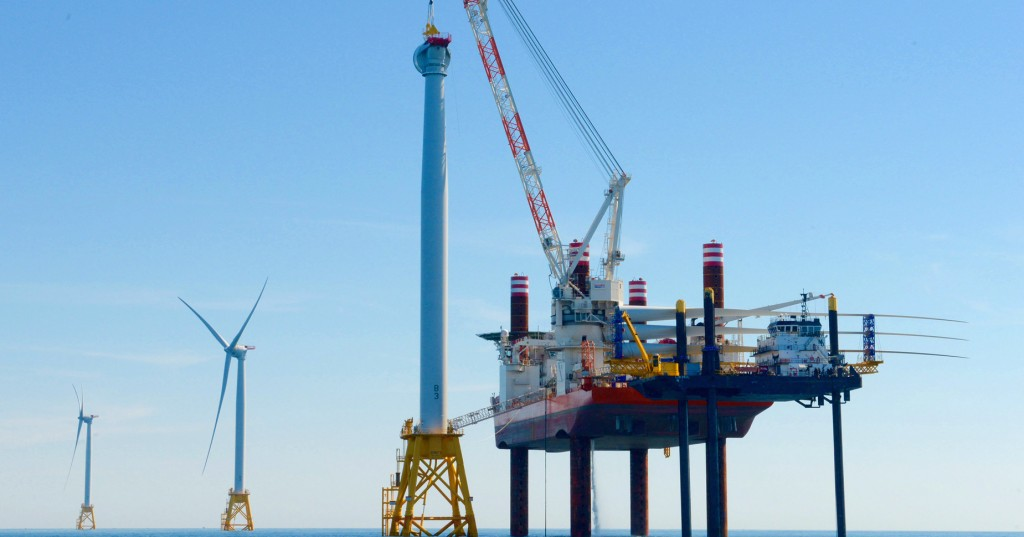 The five Haliade turbines are each 330 feet tall and will generate a combined total of 30 megawatts of energy. (Image credit: Deepwater Wind)

Its four massive legs dropped down through its deck to the seabed, jacking up the entire ship high over the waves. Then, an 800-ton crane positioned the generating equipment on the towers and fastened the blades onto the structure over several intense weeks during a summer heat wave in the northeast.

The project should be at full speed by the end of the year, generating 125,000 megawatt-hours of electricity. That’s enough to meet 90 percent of Block Island’s power needs and even supply surplus electricity to the mainland via undersea cable.

The Block Island farm will be the first offshore wind farm in the U.S. But the potential for U.S. offshore wind energy is massive — over 4,000 gigawatts (GW), which amounts to more than four times the nation’s annual electricity production, according to the U.S. Department of Energy.