Canadian energy giant Enbridge will pay $177 million in a settlement with federal prosecutors over oil spills in Michigan and Illinois in 2010. 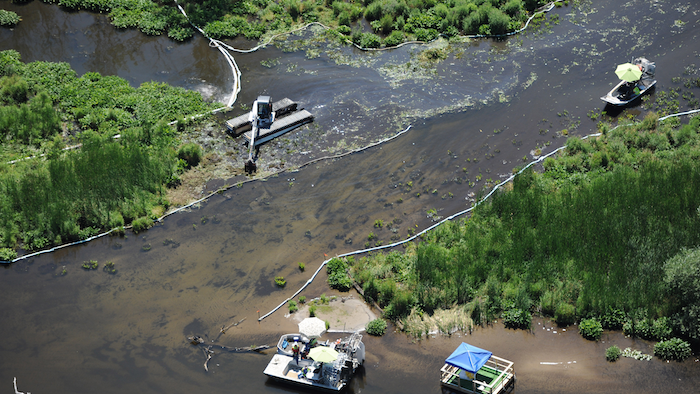 A nearly 40-mile stretch of the Kalamazoo River was polluted as shoreline residents fled their homes. (AP Photo/Joe Raymond, FILE)

Canadian energy giant Enbridge will pay $177 million in a settlement with federal prosecutors over oil spills in Michigan and Illinois in 2010.

A ruptured pipeline near Marshall, Mich., spilled more than 800,000 gallons of crude oil into Talmadge Creek and the nearby Kalamazoo River nearly six years ago in the largest inland oil spill in U.S. history.

The government alleged that the company did not respond to numerous alarms in its control room until 17 hours after the spill. More than 1.2 million gallons of oil were recovered from the Kalamazoo River between 2010 and 2014.

Less than two months later, an Enbridge pipeline in Romeoville, Ill., leaked more than 250,000 gallons of crude near Chicago.

Under the settlement announced by the Justice Department and Environmental Protection Agency, Enbridge will pay $62 million in civil penalties for violations of the Clean Water Act, with $61 million attributed to the Michigan spill. 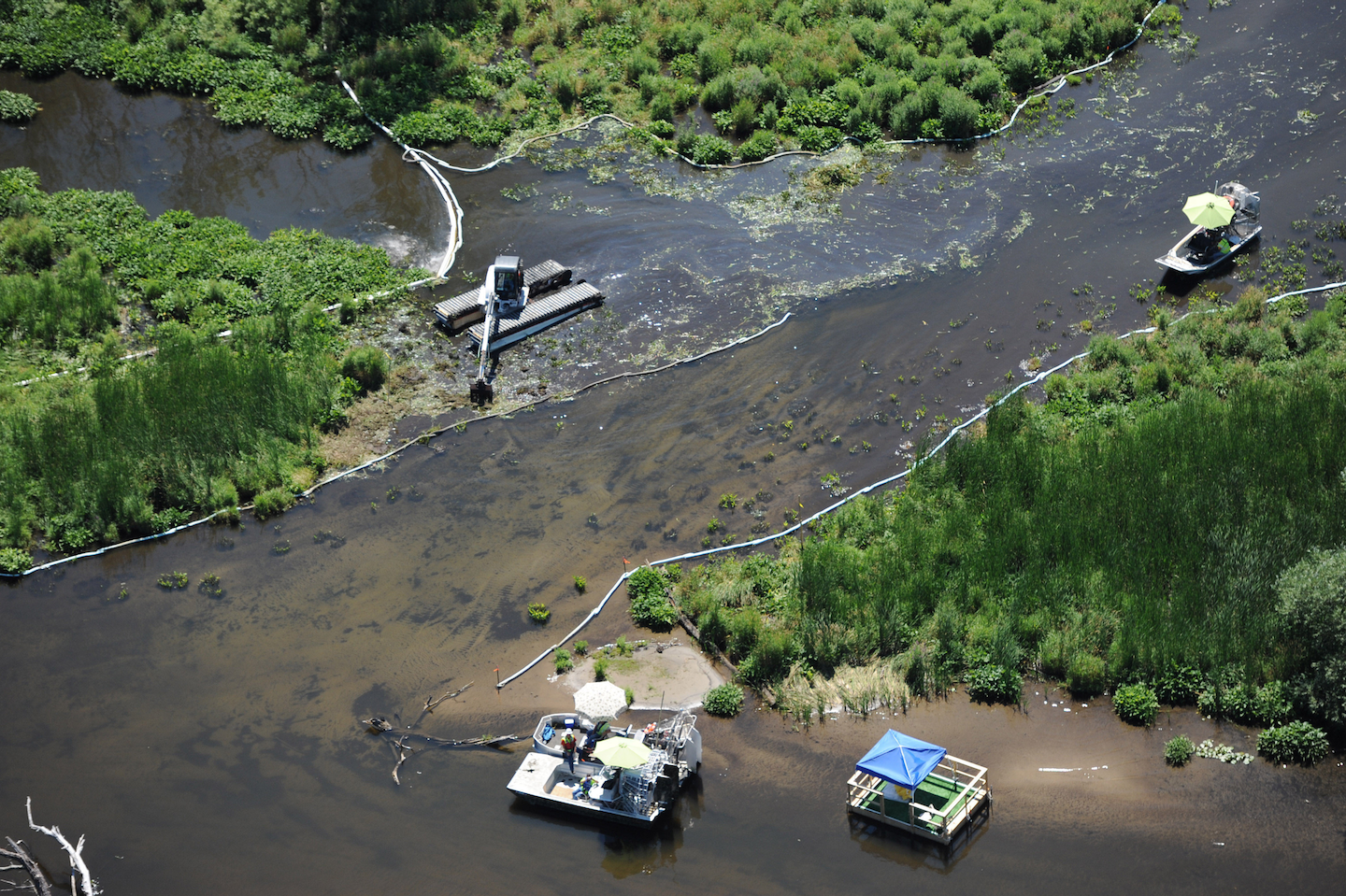 A nearly 40-mile stretch of the Kalamazoo River was polluted as shoreline residents fled their homes. (AP Photo/Joe Raymond, FILE)

The company will also spend $110 million on steps to improve its nearly 2,000-mile pipeline system and prevent future spills in the Great Lakes region, including enhancing its leak detection capabilities and shutting down some 300 miles of one pipeline altogether.

“This agreement puts in place advanced leak detection and monitoring requirements to make sure a disaster like this one doesn’t happen again,” the EPA's Cynthia Giles said in a statement.

A payment of $5.4 million will reimburse the government for its response in Marshall. Enbridge previously reimbursed more than $58 million in government cleanup costs and, prosecutors said, incurred more than $1 billion in costs in both Michigan and Illinois.

Enbridge officials said that the settlement continues the company's commitment to "clean up and restore the Kalamazoo River and surrounding areas and cover the costs."

"The learnings from our experience have made us a better company and the way we think about safety has changed," president and CEO Al Monaco said in a statement.