The 60-year-old well was plugged with cement, and several tests showed no more gas was leaking. 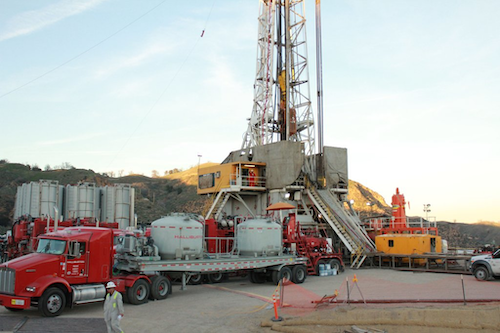 Officials say a natural gas well blowout that drove thousands of Los Angeles families from their homes for months has been permanently sealed.

Jason Marshall of the state Department of Conservation declared Thursday that the Southern California Gas Co. well that spewed climate-changing methane for 16 weeks near Porter Ranch is no longer leaking.

The 60-year-old well was plugged with cement, and several tests showed no more gas was leaking. The gas company said it controlled the leak for the first time last week.

It was reported in October, and nearby residents complained of headaches, nausea, dizziness and nosebleeds. Initial efforts to cap the well were futile as it gushed gas uncontrollably at high pressure.

The utility has paid to relocate 6,400 households. With the leak capped, many of those displaced will have a week to return home.