The company says the enzyme could shorten and improve beer's maturation process. 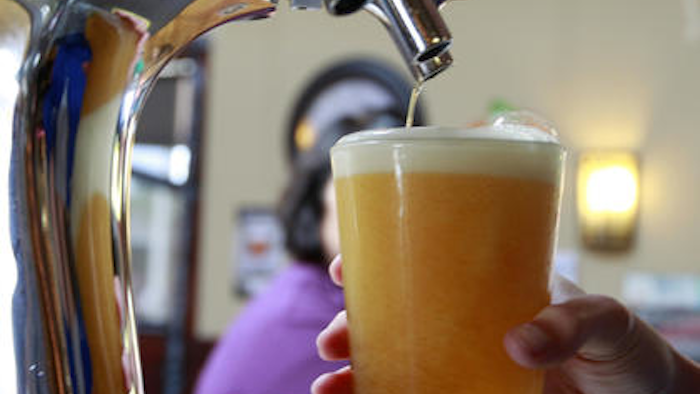 DuPont last week introduced a new enzyme at a trade show in Germany that it says could both shorten and improve beer's maturation process.

The Delaware chemical giant's Danisco Alphalase Advance 4000 will enable brewers to reduce or eliminate diacetyl, which develops naturally during fermentation but adds an unwanted butterscotch flavor to the brew.

Brewers typically allow the beer to mature for longer periods, which breaks down diacetyl into flavor-neutral compounds.

“The challenge for brewers is how to predict the rate of diacetyl reduction, which varies according to temperature, wort gravity, adjunct type and the level of free amino nitrogen," said DuPont brewing enzyme manager Iliana Yanez.

Danisco Alphalase Advance 4000, however, altogether prevents the generation of diacetyl during fermentation, the company said.

The enzyme could substantially shorten and optimize the beer maturation process while improving brewery capacity use and saving energy.

Most importantly, DuPont officials also said that enzyme does not present side effects.

"The essential properties of the final beer are unchanged,” Yanez said.