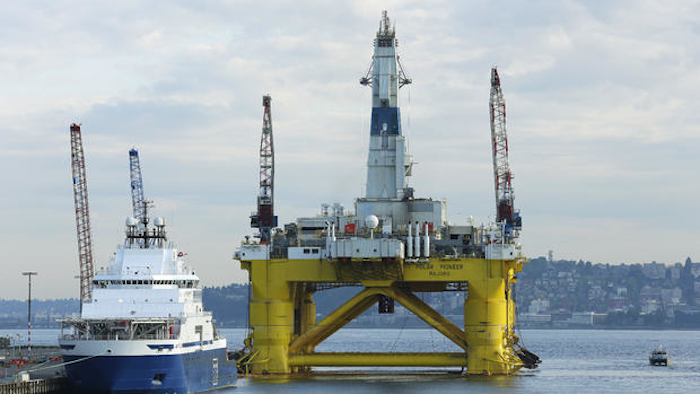 Royal Dutch Shell CEO Ben van Beurden says the company will reflect on its decision to consider drilling off the coast of Alaska but voiced his regret that the prospect couldn't be made to work out.

Van Beurden told reporters Tuesday as Shell updated its strategy that it would examine the decision to pursue offshore drilling in Arctic waters. Shell reported a third-quarter loss of $7.4 billion last week as it re-organized and cancelled projects, including drilling in Alaska amid sharp drops in the price of oil.

Van Beurden says "the regret" was that there weren't "any significant quantities of oil" in the prospect.

Its attempt to find oil was controversial with activists arguing it would hurt fragile ecosystems.