Nuclear fusion has long been a goal of scientists hoping to replace nuclear fission. 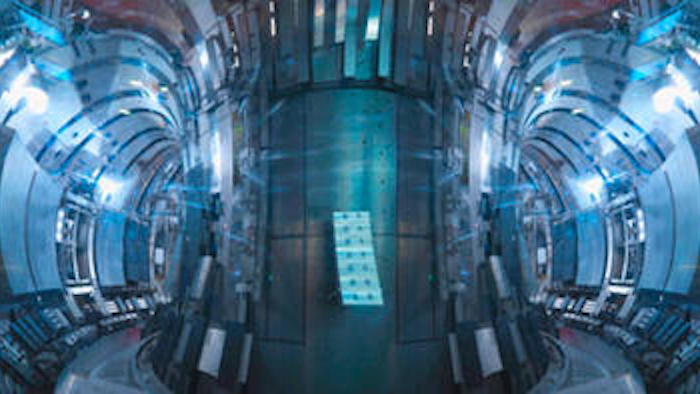 A nuclear fusion process developed by Scandinavian researchers could allow environmentally friendly electricity to be generated on a small scale within a few years.

Nuclear fusion — during which the nuclei of atoms are fused together to release energy — has long been a goal of scientists hoping to replace nuclear fission, which requires radioactive material and extensive safety measures.

A collaboration between the University of Gothenburg in Sweden and the University of Iceland helped establish a process using hydrogen that can be easily extracted from water — rather than the radioactive heavy hydrogen required for large-scale fusion reactors.

"The energy in the neutrons which accumulate in large quantities in other types of nuclear fusion is difficult to handle because the neutrons are not charged," said the University of Gothenburg's Leif Holmlid. "These neutrons are high-energy and very damaging to living organisms, whereas the fast, heavy electrons are considerably less dangerous."

The study, published in the International Journal of Hydrogen Energy, estimated that fusion energy could soon be used in small-scale power stations and that both heating generators and electrical generators could be developed in just a few years' time.