EPA Chief: Agency Did Not Shirk Responsibility In Mine Spill

The head of the EPA dismissed complaints by Republican lawmakers that her agency downplayed the seriousness of a toxic mine spill that fouled rivers in three Western states. 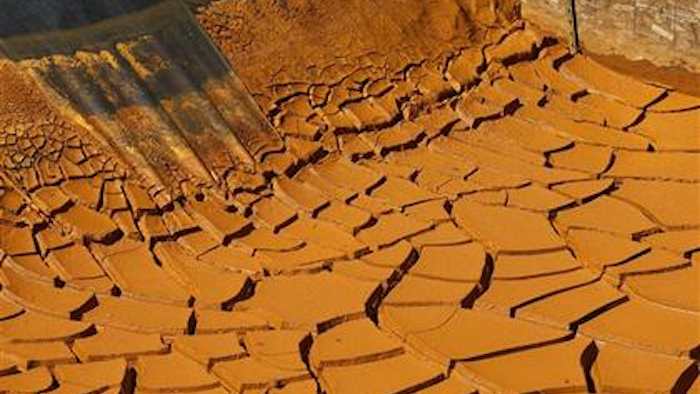 The head of the Environmental Protection Agency dismissed complaints Wednesday by Republican lawmakers that her agency downplayed the seriousness of a toxic mine spill that fouled rivers in three Western states.

EPA Administrator Gina McCarthy called the spill caused by her agency "tragic and unfortunate" and said the EPA has taken responsibility to ensure that 3 million gallons of rust-colored sludge released into Colorado's Animas River is cleaned up. The Aug. 5 spill occurred during excavation work at an inactive gold mine near Silverton, Colorado.

Republican senators charged at a hearing Wednesday that EPA is treating itself more gingerly than if a private company were responsible for the spill, which sent lead, arsenic and other heavy metals rushing toward downstream communities. The spill contaminated rivers in Colorado, New Mexico and Utah, as well as in the Navajo Nation and Southern Ute Reservation.

Sen. John Boozman, R-Ark., said the EPA employed a "double standard" in responding to the Colorado spill. While the agency at times adopts an aggressive, even "heavy-handed" approach to regulating companies, Boozman told McCarthy, "your initial reaction (to the Colorado spill) was to downplay the severity of it."

Boozman said he was appalled at McCarthy's comment, during an Aug. 13 visit to New Mexico, that the Animas River was "restoring itself."

"That was done very, very poorly," he told McCarthy at a hearing conducted by the Senate Environment and Public Works Committee.

"There's no way EPA should have downplayed this. I certainly did not," McCarthy replied.

McCarthy disputed comments by Republican Sens. Dan Sullivan of Alaska and John Barrasso of Wyoming that a private company responsible for the spill would face stiff fines from the EPA.

"I think EPA ought to be held to an even higher standard" than a private company, Barrasso said.

McCarthy said a private company would likely not face fines for an accident that occurred during a clean-up similar to the one at the former Gold King Mine. The only exceptions would be if the company's actions went "against a settlement" or an administrative order by the EPA, she said.

McCarthy also defended the independence of a review being conducted by the U.S. Interior Department, which is investigating the accident at her request. While several GOP lawmakers asked for paperwork outlining the scope of the investigation, McCarthy said she did not have documentation, adding that it was up to officials at the Interior Department to decide what to look at and how the inquiry will be conducted.

"We are hands-off on this issue," she said, adding that EPA is "going to live with whatever scope" Interior decides is appropriate.