The Obama administration is significantly reducing the amount of cellulosic biofuels refiners will have to prove they blended into gasoline last year, acknowledging that the market lagged far behind government projections. 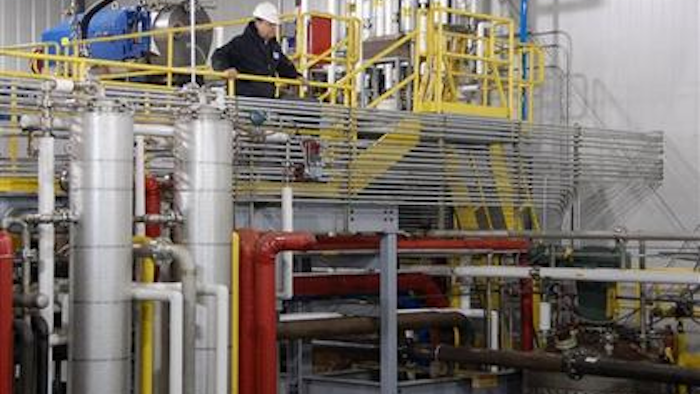 WASHINGTON (AP) -- The Obama administration is significantly reducing the amount of cellulosic biofuels refiners will have to prove they blended into gasoline last year, acknowledging that the market lagged far behind government projections.

The EPA on Tuesday said it was basing its 2013 standard on the 810,185 ethanol-equivalent gallons produced with nonfood plants last year. The EPA had initially predicted that 14 million ethanol-equivalent gallons would be produced last year, only to reduce it to 6 million gallons last summer. The 2007 law creating the mandate envisioned 1 billion gallons of ethanol from cellulosic sources in 2013.

Groups representing oil and refining industries petitioned the EPA to lower the number to match reality.