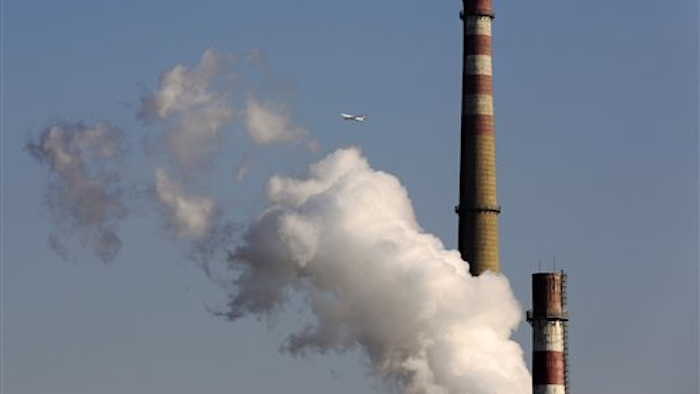 The EPA announced specific targets for all the states in June, accepting comments through Dec. 1, with plans to finalize the rule in 2015. The proposal calls for Mississippi's power plants to emit 38 percent less carbon dioxide in 2030 than in 2005.

In a Mississippi fact sheet released in June, the Obama administration said the plan would help Mississippi improve health by cutting asthma, as well as stabilizing the climate to prevent harmful changes in the weather. A number of environmental groups are supporting the effort.

"The Environmental Protection Agency's proposed Clean Power Plan for existing power plants will cut carbon pollution and save thousands of lives a year while strengthening our power grid and keeping electricity affordable," the Natural Resources Defense Council wrote in October.

But almost all the Mississippi respondents claimed EPA was overstepping its legal authority.

"EPA is attempting to federalize this nation's energy policy, resulting in forcing the states to abandon their constitutionally derived sovereign rights," wrote Gary Rikard, executive director of the Mississippi Department of Environmental Quality. "EPA hides behind a fig leaf of federalism and flexibility while in effect forcing major changes to the states' administration of electricity generation and consumption."

Rikard was appointed by Gov. Phil Bryant, who signed a letter with 14 other Republican governors opposing the plan. Bryant favors letting states set their own energy policy.

EPA said Mississippi could choose how to meet the goal. But opponents say that claim of flexibility is a mirage. They note EPA's own projections show all of Mississippi's existing coal-fired plants will have to close to meet the target. Even then, though, it may be impossible because EPA's proposed emission rates are below those released by existing natural gas plants.

"It is not possible for Mississippi to rely on gas-fired generation to manage the challenges of increasing the levels of renewable energy and energy efficiency," wrote the Mississippi Public Service Commission.

Emissions in Mississippi are already below national averages because the state depends on natural gas and nuclear generation. But Mississippi would have to cut emissions more than the nationwide projected cut of 30 percent, said Michael Callahan, CEO of Electric Power Associations of Mississippi.

"The CO2 emission goals set for Mississippi by EPA are unreasonable, unachievable and unfair," Callahan wrote.

Mississippi regulators said the state has little ability to generate electricity from windmills or hydroelectric dams. They also said the state isn't getting credit for earlier reductions and new efficiency efforts.

Even Entergy Corp., which has made reducing carbon dioxide emissions a part of its corporate strategy since 2001, called on the EPA to withdraw the proposal.

"Entergy is stating that this complex issue should be managed through a comprehensive national energy policy that is also beyond EPA's authority, and, indeed, beyond the rational provenance of an administrative rulemaking," wrote Chuck Barlow, Entergy's vice president of environmental strategy and policy.