These are the moments OPEC exists for: A sharp drop in global oil prices has reduced the amount of money OPEC countries take in by nearly $1 billion a day. The 12-member group's purpose is to coordinate how much oil is produced in order to keep prices high and stable and maximize... 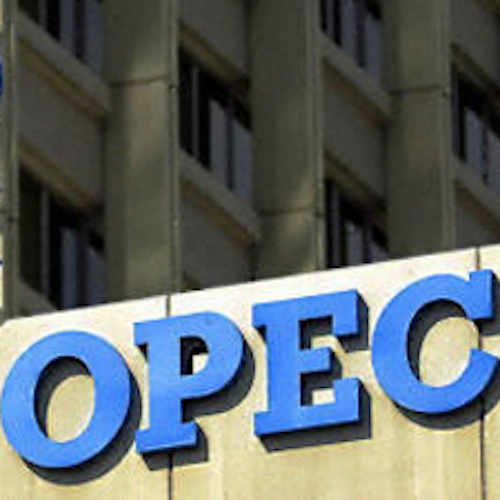 These are the moments OPEC exists for: A sharp drop in global oil prices has reduced the amount of money OPEC countries take in by nearly $1 billion a day.

The 12-member group's purpose is to coordinate how much oil is produced in order to keep prices high and stable and maximize member countries' revenue while making sure global demand for oil stays strong. A steep, coordinated cut in output could stop and possibly reverse what has been a 30 percent decline in prices over five months.

But there is widespread doubt that OPEC will be able to do much of anything when it meets Thursday in Vienna. Either the members won't agree to a cut, analysts say, or the cut will be too small to influence oil prices. They could also, as in the past, agree to lower production but then fail to stick to the target.

That could mean further declines in the price of oil, along with fuels such as gasoline, diesel and jet fuel.

"The idea that this is a cartel that places meaningful restrictions on its members' behavior is fiction," says Jeff Colgan, a political science professor at Brown University's Watson Institute who studies OPEC. "OPEC countries do exactly what we would expect them to do if there were no such thing as OPEC."

OPEC is at a crossroads. The group, which produces 30 million barrels of oil per day, one-third of global liquid fuel demand, is facing the most pronounced decline in oil prices since the financial crisis hit in 2008. And the world now is drastically different. Oil production outside of OPEC is surging for the first time in a generation, boosting global oil supplies. U.S. production has surged 70 percent since 2008, adding 3.5 million barrels of oil per day. The increase itself is more than any OPEC member produces other than Saudi Arabia.

At the same time, OPEC members around the world — those in the Middle East and North Africa, along with countries such as Venezuela and Nigeria — are undergoing wrenching political upheaval that is putting extraordinary pressure on government budgets. OPEC countries need oil money more than ever, making the steep cuts in production that would be necessary to push up prices all but impossible.

"They have quite a task in front of them," says Bhushan Bahree, senior director for OPEC and Middle East research at the analysis firm IHS. "They have to decide how much room to make, if any, for North American supply growth."

Without a cut in output, global supply is on track to exceed demand by 1.2 million barrels per day next year. If that comes to pass, oil prices would almost certainly decline further. Even a modest announced cut of 500,000 barrels per day, or adherence to current OPEC quotas might not be enough to stop the slide in prices.

Already, the global price of oil has fallen 30 percent since late June, to $80 a barrel, from $115. This has been a boon for consumers, airlines and shippers. The U.S. national average retail price of gasoline has fallen to a four-year low of $2.81 per gallon.

When OPEC meets Thursday, analysts expect members in dire financial positions such as Iran, Iraq, Nigeria and Venezuela to argue for a significant production cut. Their problem: They can't afford to cut output themselves.

Saudi Arabia, by far OPEC's biggest producer, is unlikely to agree to cut its own output enough to reverse the decline in global prices. It has large reserve funds that allow it to withstand long periods of lower prices. And it may have geopolitical reasons to keep prices subdued, at least right now.

For example, low oil prices may help pressure Iran to agree reach an agreement on its nuclear program. Western countries have imposed economic sanctions on Iran, leading to a decrease in the country's oil exports. Low oil prices are further shrinking Iran's oil revenue. They are also squeezing the finances of Russia, which has supported Iran's nuclear efforts.

"The geopolitical pressure between Saudi Arabia and Russia is so great that it probably motivates Saudi Arabia to let the price fall," says Amy Myers Jaffe, executive director for energy and sustainability at the University of California, Davis.

Lower oil prices also might slow the growth of oil production in parts of the U.S., Canada and elsewhere because it will no longer be so profitable, helping sideline some OPEC competition.

No matter the motivations for or against the cut, the price of oil isn't nearly low enough to spur OPEC action, says longtime global oil expert Larry Goldstein, of the Energy Policy Research Foundation. A 30 percent drop is big, but in the past oil has had to fall far further for OPEC to act. In 2008 oil fell from $147 to $34.

"(OPEC) is a crisis management entity," he says. "As a cartel, OPEC hasn't been functional for several decades."

Judith Dwarkin, chief oil economist at ITG Investment Research says that the retreat in oil prices is a natural result of years of high oil prices that inspired drillers around the world to find more oil. That could make it very difficult to reverse without some unexpected supply disruption in the volatile Middle East.

"It could be that the price rout has some more room to run," she says.