GE opened its Brazil Technology Center in Rio de Janeiro today. The $500 million research hub will focus on developing advanced technologies for offshore oil and gas exploration and production. The center, GE’s first in Latin America, will employ 400 researchers by the end of the... 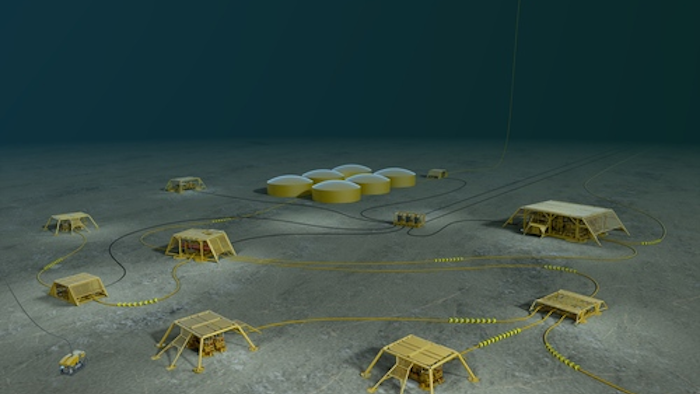 The center, GE’s first in Latin America, will employ 400 researchers by the end of the decade. They will work with Petrobras, Statoil, BG Group and other GE customers in the region on solving engineering challenges such as drilling 40,000-foot deep wells 100 miles off shore, and processing oil and gas 10,000 feet below the sea level, in an alien world dominated by darkness and crushing pressures. “Our new research center in Brazil will allow GE to innovate locally for our customers in Latin America and then export those innovations to the world, “ said GE Chairman and CEO Jeff Immelt, who is in Rio for the opening. “Over the past decade, we have doubled down on our R&D investment and expanded our global network of research centers to address customers’ growing needs for breakthrough technology that we develop with them. We see significant growth opportunities in Latin America and having the best technology and solutions will ensure we maintain GE’s competitive edge.”

One company developing new technologies to unlock deep-water oil and gas resources is Norway’s Statoil. The energy giant was recently awarded new exploration licenses in the Espírito Santo basin located almost 100 miles off the coast of Brazil. “The licenses are located in the deep water sector of the Espírito Santos basin, in 2,000-to-3,000-meter water depth, and, assuming we are successful finding hydrocarbons, it will be a challenge to develop cost-effectively,” says Statoil’s Magnus Bernt, who is in charge of the company’s subsea research in Brazil. “At these water depths we have to think differently about field development, and Statoil believes subsea factory concepts, applying processing and boosting technologies at the sea bottom, can increase oil recovery and reduce capital expenditures.”

In 2008 GE and Statoil established a formal technology cooperation agreement on subsea technology development.  In 2009, Statoil decided to start R&D in Brazil, focusing on research in IOR [improved oil recovery], CO2, carbonate reservoirs, and subsea technologies. “Together with GE, we are currently investigating technology collaboration opportunities for the deep water subsea factory, taking advantage of the test facilities of the new GE R&D center in Brazil,” Bernt explains.

GE is already working with Petrobras and BG Group on research projects to develop the technologies and equipment that will be required to move production from floating platforms to the seabed. Some of the biggest commercial opportunities in the oil industry today are in offshore exploration and production and particularly in the so-called “pre-salt” layers that dominate the deep water off the coast of Brazil.

The pre-salt is a layer of sedimentary rocks formed by the separation of the current American and African continents. It comprises large accumulations of valuable high quality light oil.

The subsea factory takes some of the surface processing functions and moves them to the sea floor. New technologies that use subsea pumps and compressors will also increase recovery and could offer more economical oil field development with lower emissions. This reduces the capital and operating costs  and minimizes the risks associated with having a manned platform out at sea.

Thomas Edison opened GE’s first research labs in 1900 in Schenectady, in upstate New York. Nobel winners such as radio telegraph inventor Guglielmo Marconi, Niels Bohr, who deciphered the structure of the atom, and I.P. Pavlov famous for his conditioned dogs came for a visit.

GE has since added labs in San Ramon, California, Shanghai, Bangalore, Munich and now in Rio. They employ over 3,000 people, including 1,125 PhDs.

GE spends annually between 5 and 6 percent of revenues on R&D. Its scientists are working on a long list of problems, from new materials for jet engines and gas turbines to molecular diagnostics, better batteries, and software analytics that crunch machine data coming over the Industrial Internet.