The U.S. Department of Energy on Tuesday said it's committed to cleaning up and resuming initial operations at the federal government's troubled nuclear waste dump in southeastern New Mexico as early as 2016, work that's expected to... 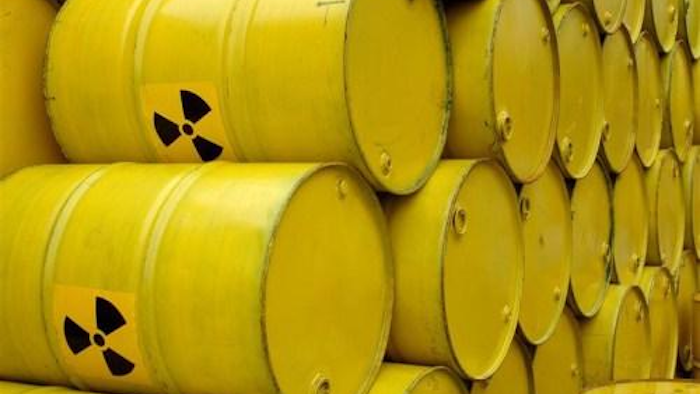 The U.S. Department of Energy on Tuesday said it's committed to cleaning up and resuming initial operations at the federal government's troubled nuclear waste dump in southeastern New Mexico as early as 2016, work that's expected to cost more than $240 million.

The timeline and cost details were included in a recovery plan developed by the department over several months with help from nuclear industry experts. The plan outlines what needs to be done to decontaminate the underground Waste Isolation Pilot Plant.

Shipments of plutonium-contaminated waste from federal installations around the country have been on hold since early February. That's when a truck fire and an unrelated release of radiation several days later contaminated 22 workers and forced the closure of the plant.

Mark Whitney, acting assistant secretary for the Department of Energy's Office of Environmental Management, said officials estimate that 90 percent or more of the nuclear waste dump is free of radiological contamination. But the ventilation system will need to be improved and a new exhaust shaft constructed before full operations can resume, Whitney said. That could take as long as three years and as much as an additional $309 million.

One approach will involve spraying water on the half-mile-deep salt walls in which the Waste Isolation Pilot Plant was built. The water will create a crust that will essentially encapsulate the contamination. In areas that might see heavy traffic or the use of large equipment, a type of fixative would be used instead of water.

The department acknowledged Tuesday that investigators have yet to pinpoint what caused the barrel of waste from the Los Alamos National Laboratory to breach Feb. 14 in one of the storage rooms at the nuclear dump. One theory has focused on a chemical reaction in highly acidic waste that was packed with a lead glove and organic cat litter to absorb moisture.

Initial investigations into both accidents have blamed a slow erosion of safety culture at the site, something Whitney said the recovery plan aims to address.

Getting the nuclear dump back on track has been a top priority for the department given that the plant is the government's only permanent repository for waste such as contaminated gloves, tools and clothing from decades of building nuclear bombs.

However, Whitney told reporters the work to reopen will not be rushed. "We're not going to be driven by artificial deadlines to resume operations," he said.

The focus, he said, is preparing the nuclear dump to take in the 144 containers of waste that have been stored above-ground at the site since the closure. Then shipments from other sites will be prioritized.

State and federal environmental regulators would have to sign off before operations resume.

Jim Winchester, a spokesman for the New Mexico Environment Department, said it's too early to comment on the substance of the Department of Energy's recovery plan. The state agency's technical staff will review the document, he said.