Argentines Worry Agrochemicals Are Killing Them

The pesticides powering this boom are poorly controlled and used in ways that were never anticipated by regulatory science, if not specifically banned by law. Doctors and scientist worry the chemicals may be the cause of rising cancer rates, birth defects and other health problems. 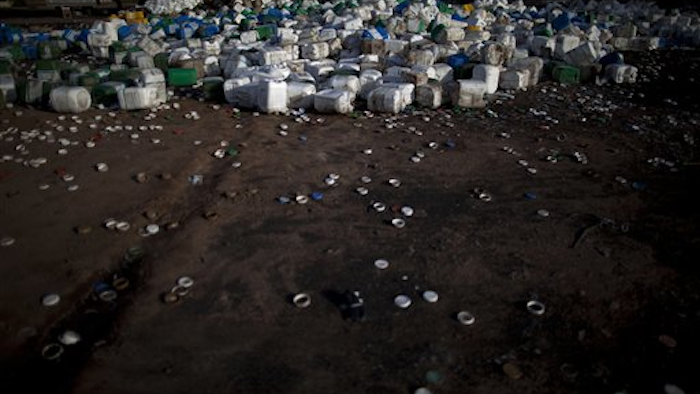 BUENOS AIRES, Argentina (AP) -- Argentina's agricultural industry has been dramatically transformed by the introduction of genetically modified plants in 1996.

A country once known for its grass-fed beef is now dominated by soy, corn and cotton. Soy harvests alone have tripled, ranking Argentina as the world's third largest soybean producer.

But the pesticides powering this boom are poorly controlled and used in ways that were never anticipated by regulatory science, if not specifically banned by law.

Doctors and scientist worry the chemicals may be the cause of rising cancer rates, birth defects and other health problems.

Aixa Cano, a shy 5-year-old who lives in Chaco, Argentina's poorest province, was born with hairy moles all over her body. Her mother believes the skin condition was caused by contaminated water.

Fabian Tomasi, 47, never wore any protective gear in the years he spent pumping poisons into crop-dusting planes. Today, he is near death from polyneuropathy, a neurological disorder that has left him emaciated.

The Monsanto Co., one of several agricultural companies that sell pesticides in Argentina, says it is working with government officials and farmers to promote better pesticide practices.

But an Associated Press investigation found that Argentine farmers now use more than twice as much pesticide per acre as U.S. farmers do, making Argentina a laboratory for what can go wrong with biotech farming.

Pesticides are applied in windy conditions, drifting into homes and schools and contaminating drinking water. Farm workers mix chemicals without supervision, in populated areas and with no protective gear. People store water in used pesticide containers that are resold rather than destroyed, endangering their families' health.

Argentina's agriculture secretary dismisses a growing call for reform as an "emotional" response from people who misunderstand the impact of agrochemicals. "We have to defend our model," he said at an industry conference this year where he promised new guidelines for spraying the chemicals.

Doctors say new guidelines aren't enough. They want strong enforcement of spraying limits as well as field research into the correlation they see between the overuse of agrochemicals and health problems — some of which were seldom seen before the new farming model took off.