The justices agreed to review a lower court ruling that struck down a Federal Energy Regulatory Commission rule that requires utilities to pay energy consumers for lowering electricity use during times of peak demand. 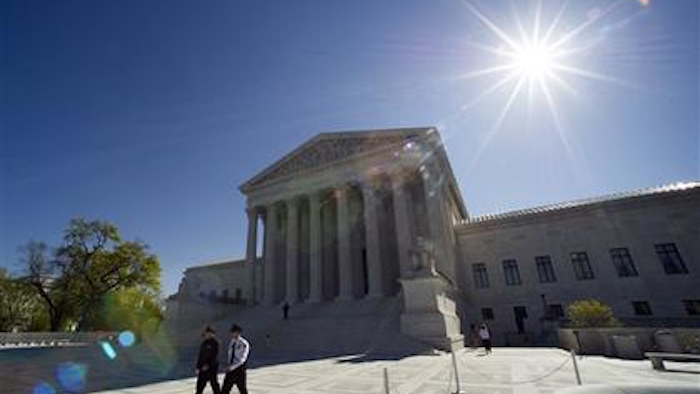 The Supreme Court said Monday it will hear a dispute over a regulation that offers financial incentives to factories, retailers and other large electricity users to reduce their power consumption.

The justices agreed to review a lower court ruling that struck down a Federal Energy Regulatory Commission rule that requires utilities to pay energy consumers for lowering electricity use during times of peak demand.

The approach, known as demand response, has won praise from environmental advocacy groups that call it an effective tool for saving energy, lowering the cost of electricity and reducing air pollution. But utilities have opposed the regulation on grounds that it is too generous.

The U.S. Court of Appeals for the District of Columbia Circuit ruled 2-1 last year that the rule encroaches on state authority to regulate the retail power market. The appeals court said the approach is part of the retail market because it involves retail customers and their decision whether to purchase at retail.

The Obama administration argues that the rule targets the wholesale market. The government says the effect of the rule on wholesale rates is more immediate and direct than any effect on retail consumption.

Michael Panfil, an attorney for the Environmental Defense Fund, called the demand response rule "a win-win for people and the environment."

"This practical, cost-effective tool empowers customers to lower their energy bills and gain energy independence," he said in a statement. "It is also makes our nation's energy mix cleaner, cheaper, and more resilient."

The utility industry had urged the high court not to take up the case.

"Because Congress reserved to the states exclusive jurisdiction over the regulation of retail sales, FERC cannot simply force states to shift to dynamic pricing," the coalition of utilities said in legal filings.

A group of power consumers, including New York-based aluminum giant Alcoa, Inc. and the University of Maryland filed briefs in support of the government.

"Demand response benefits all end-use consumers by eventually reducing their electricity prices by billions of dollars per year," the consumers said in a legal brief to the court.

The court will consider the issue when its new term begins in October.