Ethanol industry officials said Friday they would now turn their focus to lobbying for a law that would address their concerns by letting plants pay taxes based on the value of assets. 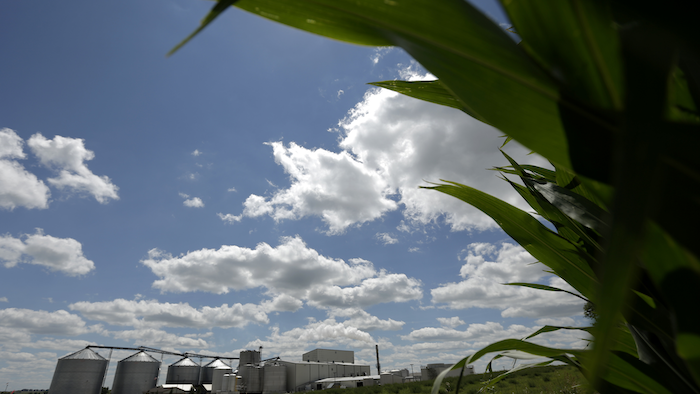 The owners of several ethanol plants argue the tax is unfair because it requires them to pay more than many competitors to obtain natural gas, which is heavily used to manufacture the corn-based fuel.

Those affected include 20 ethanol, biorefinery and biodiesel plants that obtain natural gas by tapping directly into interstate pipelines operated by out-of-state suppliers rather than through local utilities. A 1998 law assesses taxes on such users based on the amount of gas they consume and their location, splitting the state into 52 geographic areas that are taxed differently. The total is confidential under Iowa law, but the industry believes the plants pay about $3 million per year.

Little Sioux Corn Processors, which operates an ethanol plant in Marcus in northwest Iowa, brought a lawsuit challenging the tax as unconstitutional after the Iowa Department of Revenue denied its requests for refunds. Several other ethanol plants have filed claims seeking millions in refunds, and had been hoping to collect if Friday's ruling went in their favor.

But the court crushed that idea in a 6-0 ruling, siding with state lawyers and a lower court in concluding that the tax is constitutional.

Ethanol industry officials said Friday they would now turn their focus to lobbying for a law that would address their concerns by letting plants pay taxes based on the value of assets.

"My hope is that people understand that, something may be constitutional but that doesn't make it good public policy," said Monte Shaw, executive director of the Iowa Renewable Fuels Association, which represents many of those affected. "We were hoping that this was so egregiously bad that the courts would say, 'you can't treat them this way'."

But any change to the law could be an uphill climb. A Department of Revenue-led task force recommended in December that Iowa lawmakers should keep the current natural gas taxing scheme in place, saying it is working smoothly for local governments, utilities and state tax collectors.

Little Sioux, which pays $300,000 per year, argued the tax violates the equal protection clause of the state constitution by treating similarly situated plants differently. Consultants hired by the company concluded that it paid up to 45 times more than some others.

Plants that receive natural gas from state-regulated utilities often pay far less per therm used than customers such as Little Sioux. That's because the utilities pass more of the tax on to residential customers than to businesses. And the law's varying tax rates for different geographic locations can also lead to disparate results for similar plants, with one in Emmetsburg not having to pay the tax, for instance. Five plants were also grandfathered under the 1998 law, dodging the tax and continuing to pay much-smaller local property taxes instead.

Writing for the court, Justice Daryl Hecht said that while the law does not produce uniform results for taxpayers, lawmakers had a rational basis for writing it the way they did.

The law replaced a system in which plants had been assessed taxes locally. At the time, lawmakers specifically declined to impose a uniform tax rate statewide because that would have led to unfair and drastic swings in tax bills for individual customers, Hecht noted. The goal of the change was to provide stable revenue streams for local governments and an easier way to collect taxes by doing so at the state level rather than 99 counties.