TransCanada Corp. will temporarily suspend efforts to seize Nebraska land for its much-delayed Keystone XL oil pipeline after landowners sued, in what is one obstacle the Canadian company still faces in the 1,179-mile project. A Holt County District judge issued a temporary injunction Thursday, keeping... 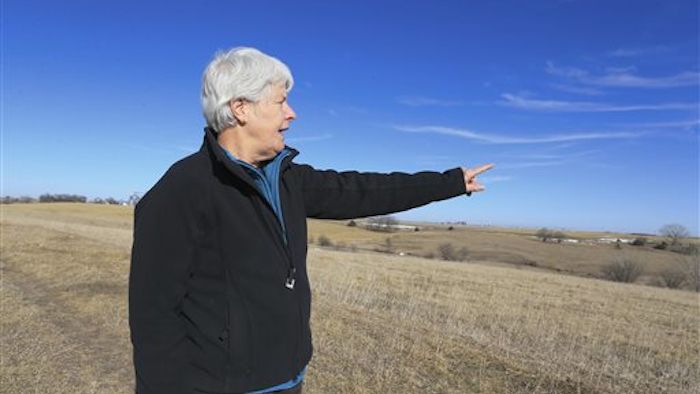 TransCanada Corp. will temporarily suspend efforts to seize Nebraska land for its much-delayed Keystone XL oil pipeline after landowners sued, in what is one obstacle the Canadian company still faces in the 1,179-mile project.

A Holt County District judge issued a temporary injunction Thursday, keeping TransCanada from invoking eminent domain along the proposed Keystone XL route in northern Nebraska while a lawsuit by landowners in that county plays out. TransCanada agreed to the order, hoping to get an accelerated trial schedule so that it can quickly resolve the legal disputes.

A TransCanada spokesman said a similar agreement is being sought in southern Nebraska's York County, where landowners have filed another lawsuit seeking to keep the Calgary-based company from seizing land using eminent domain.

A hearing in Holt County has been set for Feb. 25 on the issue of case progression, TransCanada spokesman Mark Cooper said.

Last month, TransCanada filed legal papers in nine Nebraska counties to invoke eminent domain for the land that's needed to construct, operate and maintain the pipeline. It would go from Canada through Montana and South Dakota to Nebraska, where it would connect with existing pipelines to carry more than 800,000 barrels of crude oil a day to refineries along the Texas Gulf Coast.

Nebraska landowners filed their lawsuits last month after the state Supreme Court tossed an earlier, similar lawsuit, with three justices saying the plaintiffs in the case didn't have standing to sue because they didn't prove TransCanada was seeking their land.

Opponents have sought to prevent TransCanada from using eminent domain and to overturn a state law that allowed ex-Gov. Dave Heineman to approve the pipeline's route through the state in 2013.

The judge's order Thursday made no pronouncements on the merits of the case. Such injunctions are common while litigation is pending.

"We expected the temporary injunction order to be issued, as it was," said Dave Domina, an attorney for the landowners.

TransCanada said in a statement that 90 percent of Nebraska landowners along the Keystone XL route — and 100 percent of those in Montana and South Dakota — have agreed to easements to build the pipeline. It also said its offers "are generous, and that all landowners are treated fairly and respectfully."

The pipeline, first proposed in 2008, still requires presidential approval because it crosses an international border. On Wednesday, the Republican-controlled Congress cleared a bill to construct the pipeline, setting up a confrontation with President Barack Obama, who has threatened to veto the measure.