What Is The Future Of Nuclear Power?

Love it or hate it, nuclear is a vital part of the grid. But will it always be? And should it be? 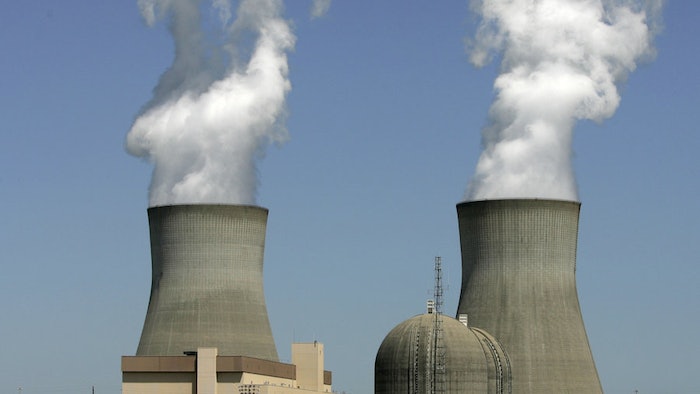 Is nuclear power our friend or foe? Our future savior from fossil fuels or a crumbling relic of a bygone energy era? The simple answer is: It all depends on whom you ask.

The U.S. still operates more nuclear plants than any other country (as the chart below shows). And although nuclear generates about 25 percent of our country’s energy, that proportion is smaller than in countries such as France where nuclear accounts for 75 percent of the power.

Love it or hate it, nuclear is a vital part of the grid. But will it always be? And should it be?

Here’s where studying the arguments can start to make you feel like your head is turning into a ping pong ball.

The Good
Curbing climate-changing emissions has become a common goal of most governments and major energy corporations. The part that gets tricky is trying to decide how exactly to achieve that.

When well-operated, nuclear plants also have the lowest down-time of any other kind of power. And they can run 24/7, which is an important counterpoint to those arguing that a carbon-free future should rely on renewables. Though there are numerous studies that claim to outline a path toward a grid run on emerging solar and wind technologies, there are also concerns about renewable power being reliable around the clock.

The nuclear industry is also a big business. The Nuclear Energy Institute estimates that nuclear industry plant owners, suppliers and related companies generate around $50 billion in revenue each year and provide 100,000 jobs.

The Bad
So then why have Americans cooled on their love for nuclear? While Asia is investing big in nuclear plants, just five are under construction in the U.S.

Costs obviously play a huge role. While the costs for wind and solar have been decreasing, the ticket for a nuclear plant has ballooned. It’s a situation that many refer to as a “negative learning curve.”

The Union of Concerned Scientists estimates that the overall cost of building a new plant jumped from between $2 billion and $4 billion in 2002 and up to $9 billion in 2008.

And nuclear projects are notorious for running over budget. According to one analyst, the first 75 plants built in the U.S. ran over initial estimates by more than 200 percent.

The cost issue has contributed to the major slowdown in the construction of new plants in the U.S. Last year, when Watts Bar Unit 2 got approval to operate in Tennessee it was the first time a nuclear plant opened in the U.S. in 20 years.

A recently published study examined this trend across the globe and found that the U.S. stands out for its high nuclear construction cost compared to countries such as South Korea where the price has gone down.

The Ugly
We just passed the five-year anniversary of the Fukushima disaster — when a massive tsunami caused three reactors to meltdown and created a giant, radioactive mess that will take decades to clean up. In just a few weeks we’ll mark the 30 year anniversary of Chernobyl, the worst nuclear power accident in history.

For many, the dangers are enough reason to let the sun set on nuclear power.

But that doesn’t tell the whole story. Despite those incidents, the U.S. nuclear industry’s accident rate has been low and declining. The industry has also tightened standards in the wake of global terrorist threats. Of course, nuclear power will never be without risks.

The other dark spot on the industry is the issue of radioactive waste. Currently the U.S. stores waste underwater, but plans to eventually move it to a repository in Yucca Mountain in Nevada. France also plans to store its waste deep underground. Even though the U.S. has decades of experience transporting nuclear waste, the issue of safely moving it all to storage continues to set many people on edge.

The Future
While nuclear power is here for now, will new reactors replace phased-out reactors in the future? Or will nuclear start to go the way of coal and lose out to competition?

There are forces working to both support a nuclear future — such as the push for clean energy — and against it — like costs.

Unless, of course, emerging technologies come to the rescue.

One proposed solution is to build small, modular reactors. The goal is to simplify the construction process and mass-produce reactors that could be installed with regular equipment, which would save money throughout the entire process. Unfortunately, however, this idea is still in the concept phase and it’s estimated that it could take more than a decade before it’s a viable option.

So we might have to wait awhile until we find out if those closures will trigger a more technologically advanced nuclear renaissance or if nuclear power will become an energy option of the past.