President Donald Trump exceeded his power when he signed an executive order reversing a ban on offshore drilling in vast parts of the Arctic Ocean and dozens of underwater canyons in the Atlantic Ocean, an attorney argued in federal court on Friday. 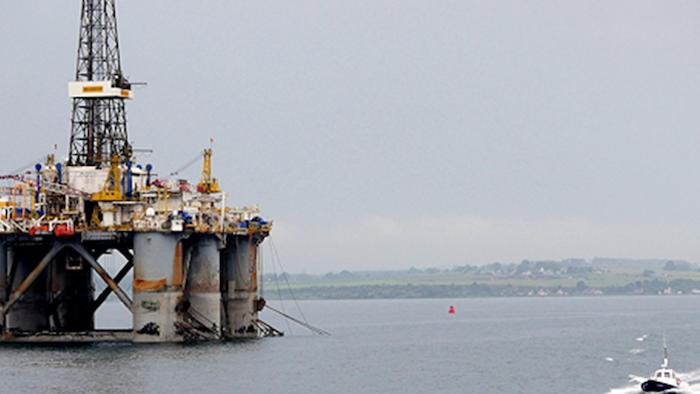 President Donald Trump exceeded his power when he signed an executive order reversing a ban on offshore drilling in vast parts of the Arctic Ocean and dozens of underwater canyons in the Atlantic Ocean, an attorney argued in federal court on Friday.

Erik Grafe, an Alaska-based attorney for the environmental group Earthjustice, said Trump acted without the authority of Congress or the Constitution when he reversed President Barack Obama's drilling ban.

Grafe, the lead attorney in a lawsuit backed by nearly a dozen environmental groups, contends the Outer Continental Shelf Lands Act only allows presidents to remove lands under consideration for development, not add them back in. Only Congress has that authority, he said.

"President Trump has attempted unilaterally to undo protections that President Obama put in place. And our argument is that that action is unlawful because he lacks constitutional authority and he lacks authority from Congress," Grafe told reporters outside the courtroom in U.S. District Court in Anchorage.

Acting Assistant U.S. Attorney General Jeffrey Wood countered that Grafe and others were misinterpreting the intent of the law, written in 1953. He said it is meant to be flexible and sensible and not intended to bind one president with decisions made by the previous one when determining offshore stewardship as needs and realities change over time.

He said the plaintiffs were "simply wrong." The U.S. Department of Justice declined to make Wood available for comment following the hearing.

In the government's response to the lawsuit, it said only allowing presidents to take land out of consideration for development "is one-way ratchet that broadly authorizes any one President to limit the national potential for leasing, exploration, and development in the OCS for all time while simultaneously tying the hands of that same President and all future presidents, even if those limits prove unwise or contrary to the critical national priorities that OCSLA advances, including energy development and national security."

The drilling ban was a key part of former Obama's environmental legacy. The ban was intended to protect polar bears, walrus, ice seals, and Alaska Native villages that depend on the animals.

In 2015, Obama halted exploration in coastal areas of the Beaufort and Chukchi seas and the Hanna Shoal, an important area for walrus. In late December 2016, he withdrew most other potential Arctic Ocean lease areas—about 98 percent of the Arctic outer continental shelf.

In the Atlantic, Obama banned exploration in 5,937 square miles (15,377 square kilometers) of underwater canyon complexes, citing their importance for marine mammals, deep-water corals, valuable fish populations, and migratory whales, according to the lawsuit.

Trump reversed the bans in April 2017.

U.S. District Judge Sharon Gleason took the case under advisement and didn't indicate when she might rule. A lease sale tentatively planned next year in the Beaufort Sea off Alaska's north coast could be affected if she rules for the environmental groups. 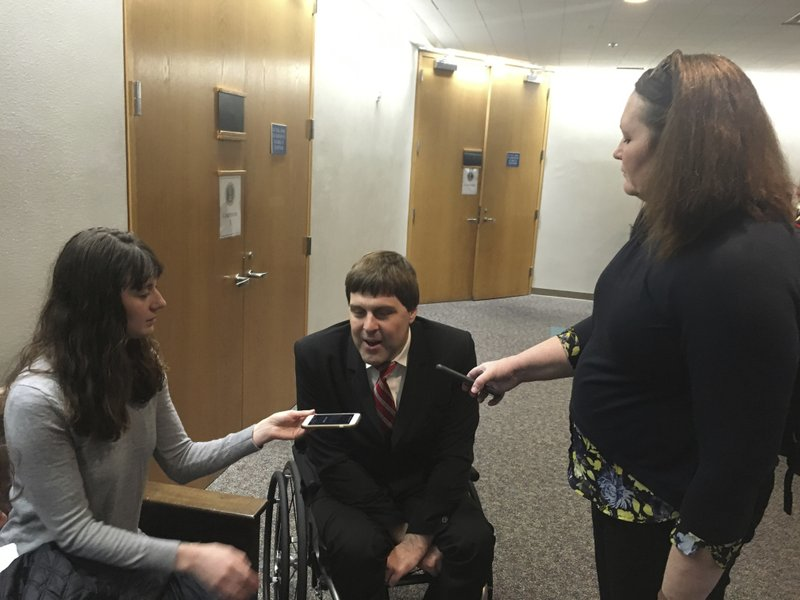 Erik Grafe, center, an attorney for Earthjustice, speaks to reporters following a hearing Friday, Nov. 9, 2018, in U.S. District Court in Anchorage, Alaska. Earthjustice and other environmental groups claim President Donald Trump exceeded his authority when he reversed a ban on offshore drilling in vast parts of the Arctic Ocean and in dozens of underwater canyons in the Atlantic Ocean. (AP Photo/Mark Thiessen)